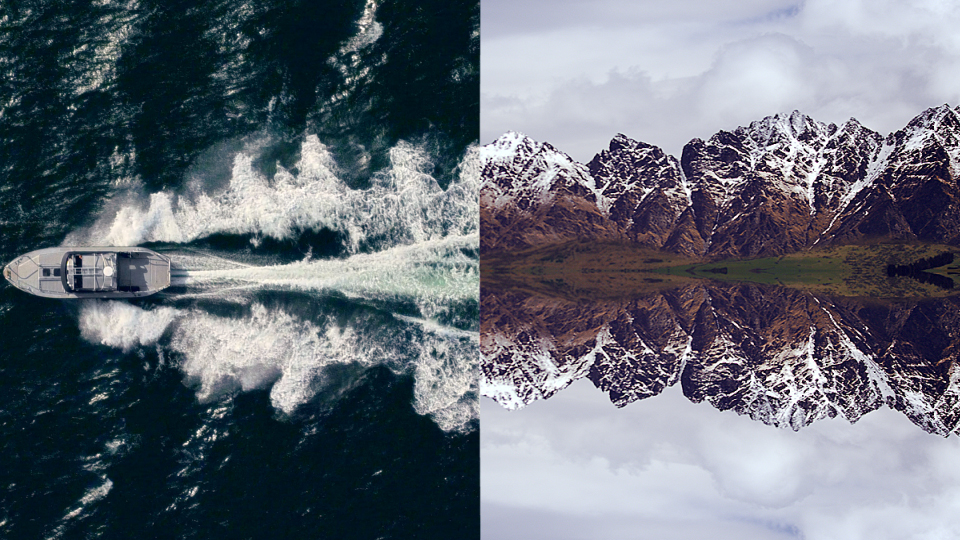 The Corner London approached UNIT to deliver post production on an online advert, directed by The Sweet Shop’s Alexander Brown, that showcased the new Pure product.  The focus of the edit was to create a series of mirrored visuals that reflected that of a typical audio spectrum with split screen style transitions between them. With that in mind, an audio spectrum (Equalizer) needed to be created so that it would react to the track, giving a graphic designed element to the piece.

Before the online edit was approved, we started experimenting with the audio spectrum; designing it based on the reference supplied from the print campaign, having it react to the audio piece and having full control over eventual future changes.

This was proving to be a challenge because audio spectrums are normally auto generated. It is also easy to fall into bad design when triggering visuals based on audio frequencies.

An example of the visual reference supplied

The first step was trying to create it in Adobe After Effects using various plugins. However, after a few tests, we were not satisfied with the level of control given in order to manipulate it. The frequencies in the audio track were not allowing us to get to the precise design we were after. Our initial thought thereafter was to do it in Maxon Cinema 4D.

Once we had tweaked the spectrum to give the desired height and frequency, we imported it into a comping software and stitched multiple spectrums to give the end look.

The finished version of the audio spectrum

The motion graphics that the edit is built of was pretty straightforward. The final offline edit was matched with the transitions re-animated and refined. The shots were mirrored and a thin layer of blur was applied to give a sense of clean reflection without taking away from the desired graphical ‘mirror’ effect.

A couple of shots had the mirror effect matte painted within the shot and resulted in the seamless quality you would get from a vertically flipped shot.

Elements like flickering lights and glasses were comped in to give an enhanced sense of parallax and further tie the piece to the beat.

Some shots were strobing on the edges due to the fast-horizontal panning motion. These particular shots had to be lightly treated with Motion Blur to minimise the visual discomfort without affecting the flow.

The titles were kept minimal and clean to allow readability and connect with the slick aspect of the product.

Graded by UNIT Colourist Nick Dalby who adds, “It was great to be part of this ambitious and artistic project from seeing the concept to the finished piece.  The challenges were finding a complimentary look to carry all the different images from various sources throughout the film to flow giving the feeling of a soundwave.  This unique, beautiful and interesting end film perfectly showcases a successful collaboration between Grade and VFX.”