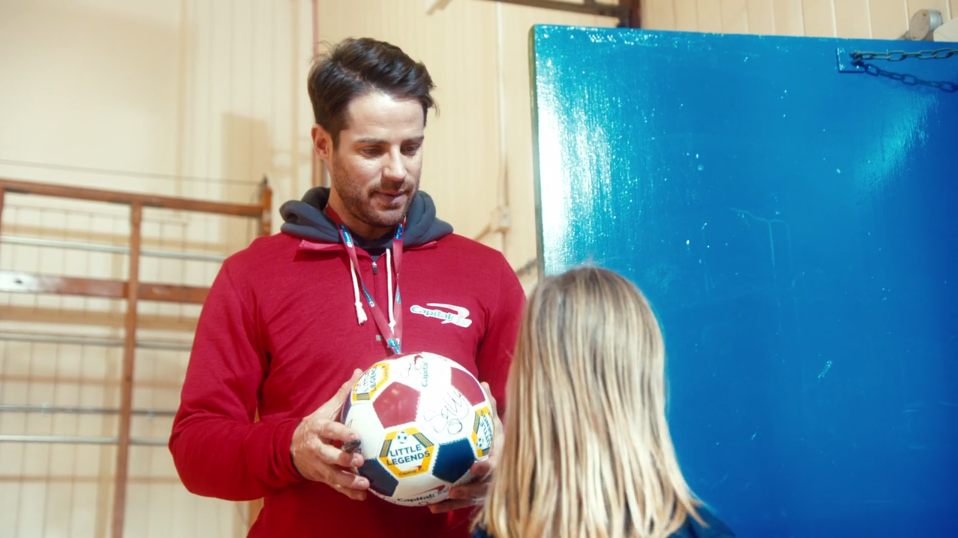 The delight, surprise and joy on any child’s face, is always a sure winner. The latest film from Capital One has all these elements in abundance. Launching their ‘Little Legends’ campaign during 2014, they have since been sponsoring events to get kids involved in playing football. As part of their role as the Capital One Cup sponsors it has seen them offering anything from cheap tickets to games to dropping 2000 footballs from a helicopter into an open park for people to play with.

In December, to wrap up their year of sponsorship, they surprised a class of primary school children in North London with a supply teacher for their P.E class. This was not just any old teacher, but none other than football supremo Jamie Redknapp. Redknapp takes the elated class through their paces before they return to their usual day, but this time with huge smiles on their faces.

The film is a testament to the power that football evokes and inspires in youngsters and adults alike. The UNIT teams worked on all aspects of the WCRS film from Richard and George in the VFX department to Tom in audio. All topped off with a perfect grade from Stephen Gatti. RSA Director Morgan Hutchins has created a sense of wonderment throughout, creating a truly inspirational film. The ‘Little Legends’ initiative has clearly bought a lot of happiness and laughter to children throughout the winter months and this film encapsulates this perfectly.