Change the Tune with the Green Party 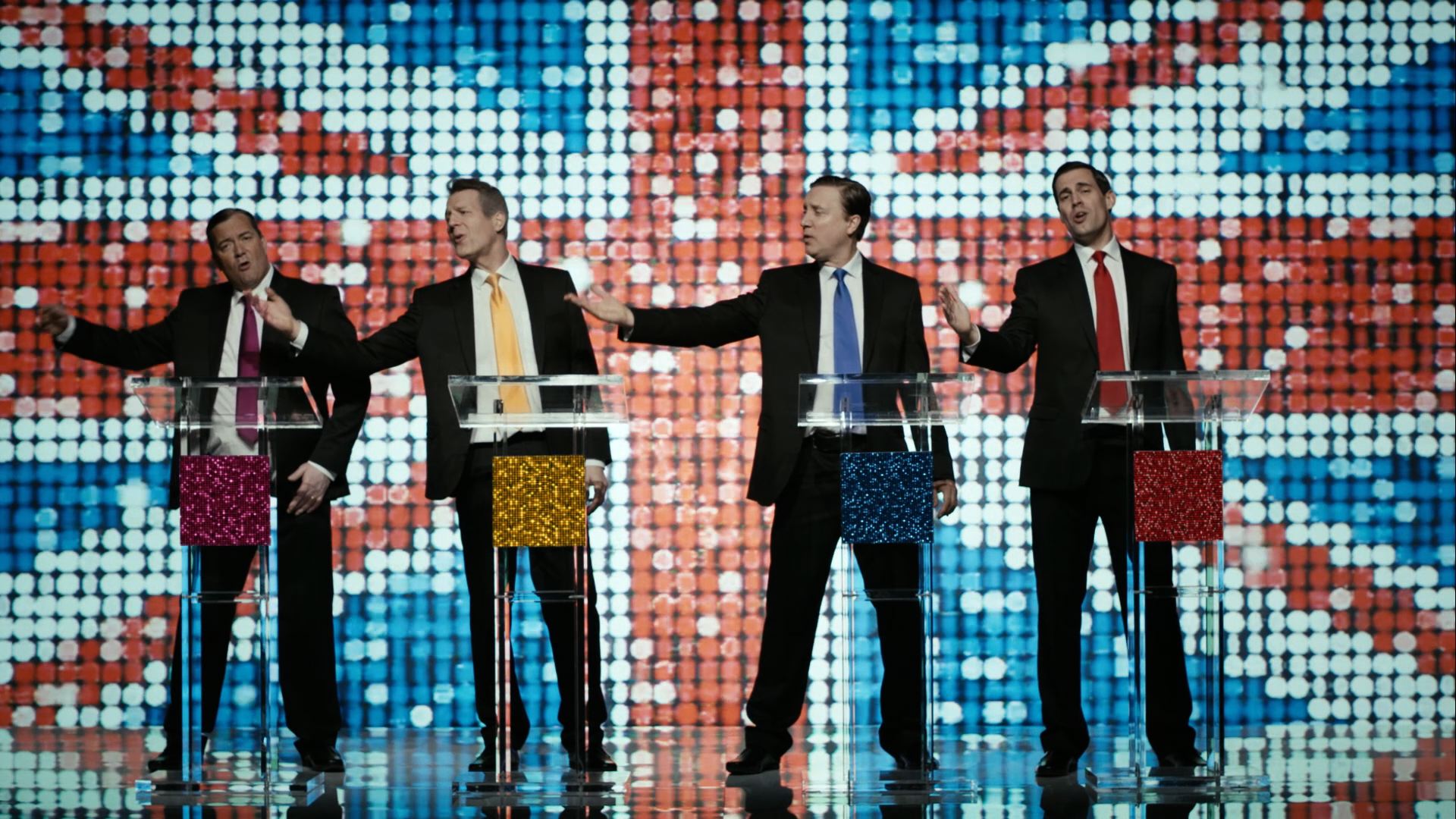 Who doesn’t want to live in a world where there is a fair economy, decent homes, safe climate, free education and better transport? The Green Party want the public to put themselves first to ensure that this is the world we do live in.

Ahead of the general election on the 7th of May 2015, Creature of London has teamed up with ACNE Production to create The Green Party’s satirical political broadcast, directed by Johnny Hopkins.

UNIT was given a flexible brief, allowing our VFX team to be creative with the effects in order to produce a mock boyband music video, perfecting and exaggerating conventional elements usually associated with this style of music video. As a result of the smoke work completed on this spot, the humorous impact of the final piece is emphasised and accentuated.

UNIT’s colourist Simon Astbury created the grade, the challenge of which was to enhance the colours of the leaders ties to help sell the characterisations and to achieve a glossy boyband promo look. Simon used Baselight’s brilliant tracking tools to enhance the ties and also a range of Baselight’s other features to create a polished, punchy look for the promo section of the film, and a more sober realistic look for the beginning and end of the broadcast.