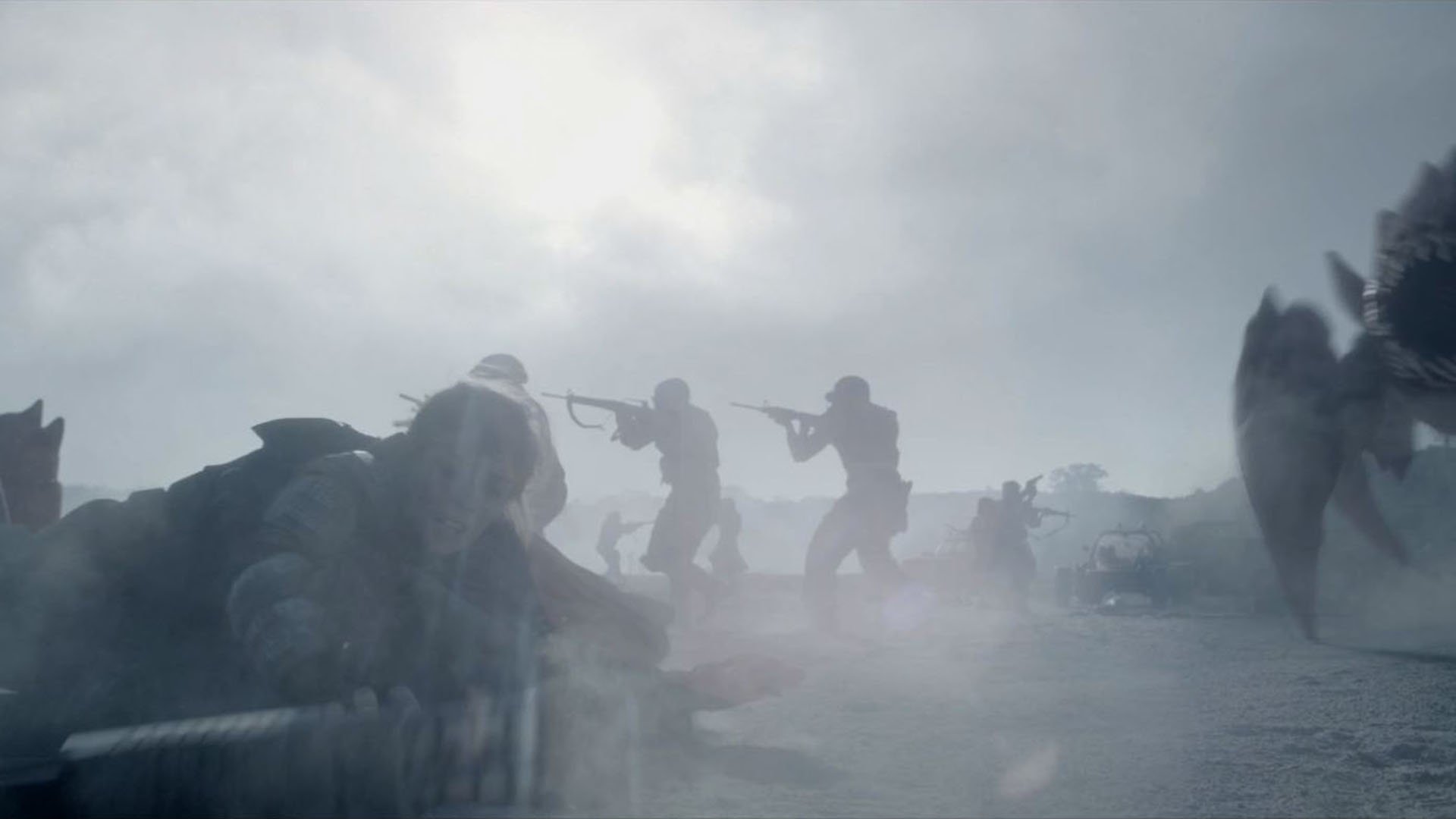 Directed by Jim Weedon for London based agency ichi, “Defiance” is a five minute live action/VFX trailer and part of the campaign for Trion’s epic new game for XBOX 360, PS3 and PC. Vast amounts of high-end 3D creature modeling and animation are the dream for any post house, and projects of this nature don’t come around too often for boutique Commercial post houses. Unit were therefore delighted to be involved and eager to get to work.

Attention to detail on the project was imperative, and although Unit’s creative team had the gaming assets as reference material, the trailer needed to raise things to a new, photo real level. Unit’s Head of 2D and Creative lead Jon Berridge explains, “We wanted to establish with Jim the look and behaviour of the creatures, how these ‘hellbugs’ explode out of the ground, the way the environment reacts to them, what happens when they get hit.” Head of Nuke Stirling Archibald offered VFX supervision during the five-day shoot in Austin, Texas. “We worked with the Director and DoP from day one, studying boards, treatment and script. Each frame was shot with post in mind.” 3D lead Robin Ernestrom adds “First we had to get the detail of the hellbugs right. Are they made out of shell or do they have a Rhino-esque skin for example? In total there were over 200 simulations. Debris, dust, sand and smoke, all different elements having to work together seamlessly.”

Perhaps the greatest challenge was turning around a project of this scale in the timeframe provided, and coordinating all of the different elements to ensure the timescale was achievable. This is where Unit’s unique infrastructure came into it’s own. “Having offline, audio, Flame, 3D and grade all under one roof meant that we could turn a three to six month project around in six weeks” says Stirling. Post Producer Jon Murray adds “Being able to access any element of the project from anywhere in the building at any given time was an enormous help.”

Defiance was graded on Unit’s Baselight by Colourist Simon Astbury who explains that, unusually for the location, the weather proved challenging for the grade. “Highly variable lighting meant a lot of additional work. As well as changeable weather, the shoot days were long, resulting in considerable light differentials. We went for a bleach by-pass look which gave the piece a very filmic, other-worldly feel.” This provided another challenge, that of grading the hellbugs to sit in the environment. Time was also saved as each finishing suite at Unit has the new Sony Trimaster EL OLED monitor, ensuring no colour variance from screen to screen – perfect for clients who need to move from room to room.

Similar benefits were gained in working with Audio Post company ‘The Mix’, also housed in the same building. “We mixed it more like a film than a commercial.” Says Head of Audio Nigel Manington. “As with all stages of the project the hellbugs proved the greatest challenge. What do they sound like when they scuttle for example? We played around with a combination of walrus’, chickens, pigs, jays, a snake hiss and a lion! Not to mention all the layers of chains, doors and footsteps.” Senior mixer Chris Southwell, who worked closely with Nigel adds “Good sound keeps you in the visual reality, bad sound rips you straight out of it. Getting the gravity of the sound, the depth, was essential to the overall hyper-reality of the project”.

Unit’s MD Adam Luckwell concludes, “All of the creative teams at Unit are used to working seamlessly together. There is of course a technical infrastructure backbone but each team is run entirely by people who are at the top of their individual craft. We have proven that we can create high-end CGI output with workflows and systems in place that hugely benefit our clients, particularly with tight deadlines. We are all very proud of what we have done here and look forward to working on more exciting projects like ‘Defiance’ in the future”.