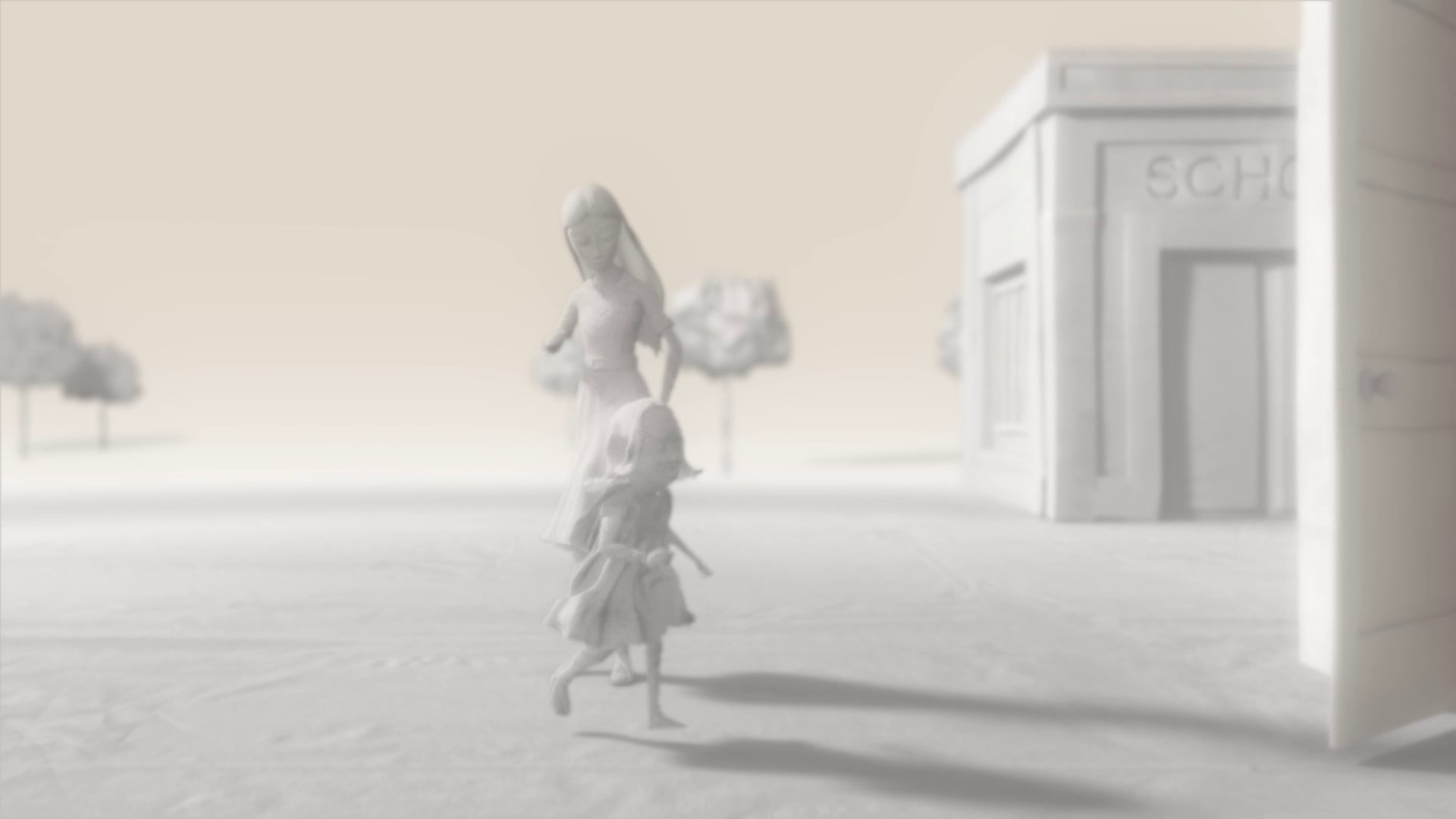 How to convey the nature of the product – classic and delicate, luxurious but strong – whilst still meeting the agency brief – one family’s ‘circle of life’. Darren’s first thought was to integrate the camera into the storytelling process making it more fluid and concise and allowing him to simplify the joins between each scenario. Next came the task of creating the characters who needed to reflect delicacy, simplicity, fluidity and elegance, but at the same time needed to look like they (and their entire world) were made out of tissue paper. No easy task, especially when the 3D team where not given the luxury of some R&D cushioning! However, as Darren commented; “I worked with a fantastic team who created the whole commercial in CG, giving complete control of the tissue world & allowing us to build a ‘real’ tactile environment that was also magical & enchanting”.

Led by Unit’s Head of 3D Martin Allan. Martin and his team were left with very little time for ‘look’ development and had to go straight into character design which in itself is no quick or easy task. A few days were spent trying different construction techniques for the characters and their environment, such as folded and screwed up tissue, and it was at this point that the team started texturing and lighting tests. Attention had to be paid to those parts of the model not usually worried about, such as the joins between the shoulder and arm, but the overlapping transparency helped to explain that the characters were made from tissue. Plus, as Martin explained “The biggest balancing act when designing and modelling the characters was scale. The characters couldn’t be too large as they wouldn’t feel like tissue, but if we went too small there wouldn’t be enough detail in the faces to convey the emotion and narrative in the script. In the end we felt 20 cm would be a good starting point as this was a good compromise between detail/realism and Darren being able to get the message across”.

For Jarrod Linton VFX Supervisor at Luma one of the key elements was getting the right team on the project and subsequently giving them the correct tasks. There was a total crew of 10 with additional support given by Unit should the need arise. There was a tremendous amount of pressure given the tight schedule but as Jarrod later said, “Working on a commercial where you know it’s going to look good always makes a difference!”

Everything in the commercial from the design to the lighting, from animation to the camera moves, from the direction to the audio, reflects the circular character of the story along with the actual nature and qualities of the product – a brief well and truly met in a very short space of time…