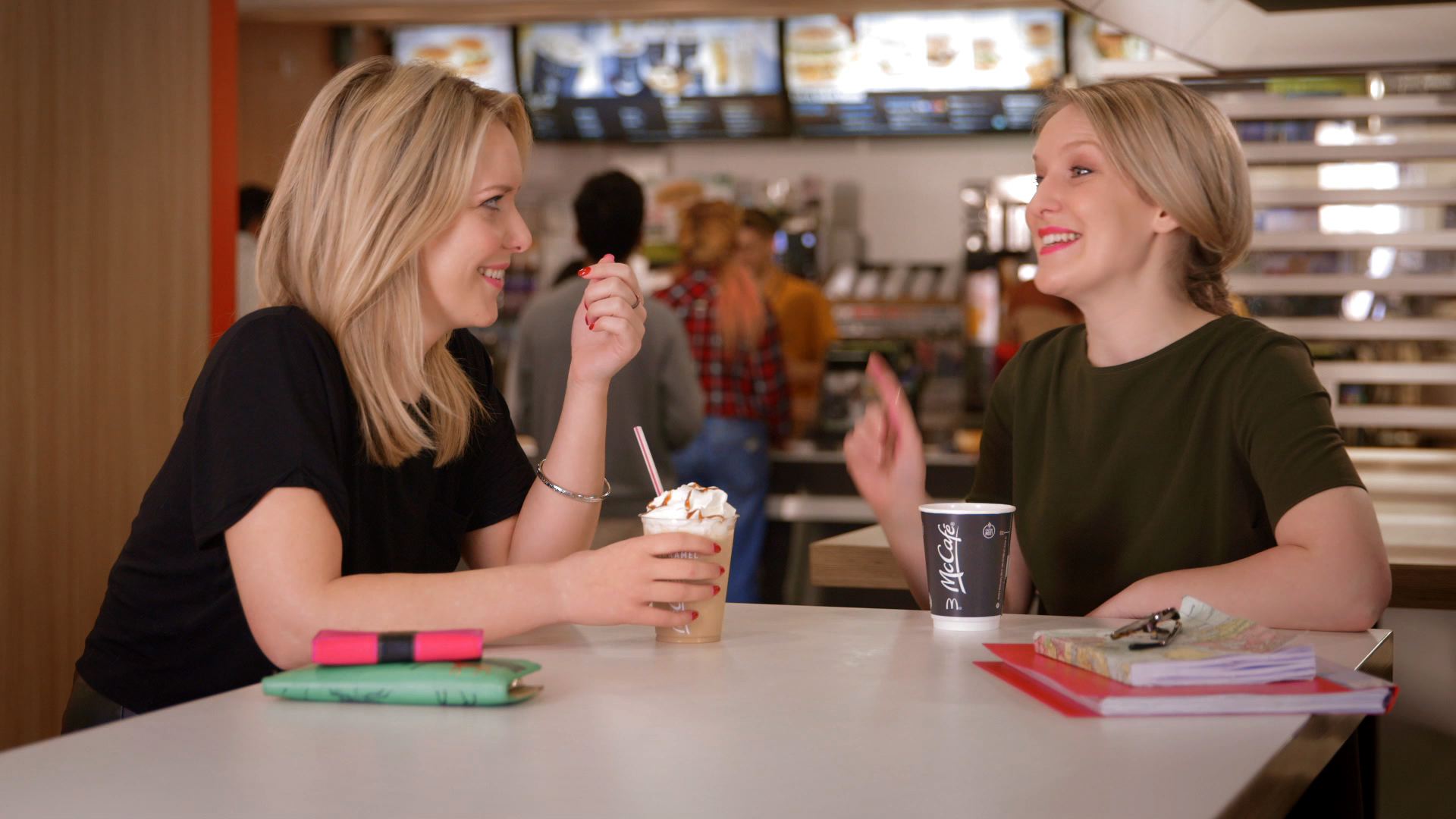 McDonald’s new campaign promoting their McCafé range consists of a series of contextual advertisements featuring real people enjoying their favourite McCafé beverage whilst discussing the shows you just watched. The TV adverts have aired across Channel 4’s roster of channels during programmes including Made In Chelsea, One Born Every Minute and Taking New York, with a variety of genuine McDonald’s customers talking to each other about things that relate to the shows on air.

The brief was for the spots to look natural but to also highlight the McDonald’s products in shot. In the grade our brilliant colourist, Simon Astbury used Baselight’s powerful keying to isolate branding on the coffee cups and also enhance the colour of the frappe drinks. The spots were shot on Canon C300 and the Arri Amira so the two cameras had to be matched to give a smooth flow of images, which involved a number of secondaries to match specific areas of colour.

Created by Gemma Crawley and directed by Southan Morris, we collaborated with The Outfit on this fun and innovative campaign, which has been receiving a great deal of media attention since it first aired. Audio and online was also completed at UNIT.