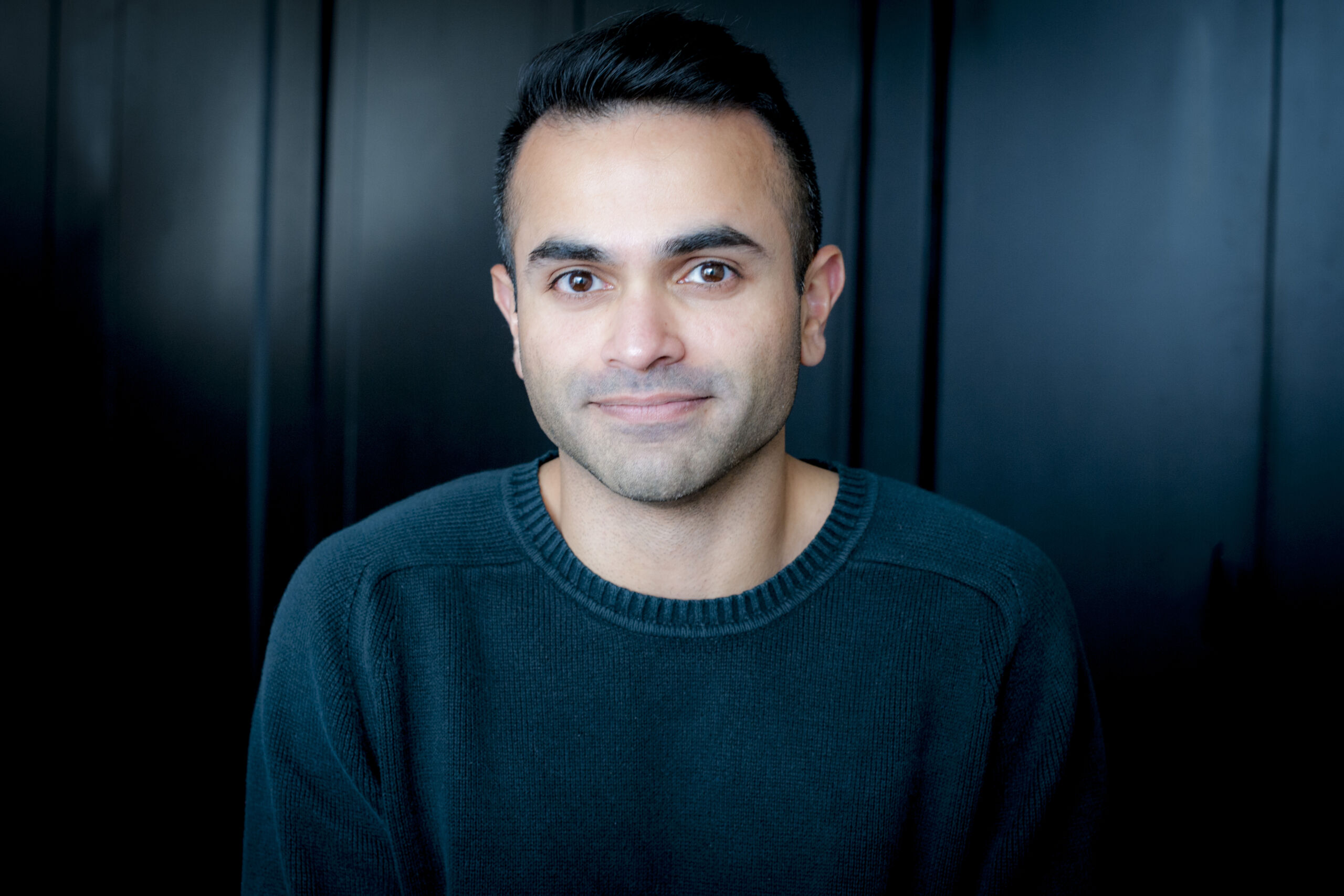 Suraj ‘Sid’ Harrington-Odedra has always been excited by the world of television and filmmaking since a young age. The likes of Jurassic Park, Terminator 2 and The Matrix all contributed to his fascination which in turn, led to his studies in 3D Computer Animation at Swansea University.
Read more about our Head of CG, including the inspirations behind his work, the project he’s enjoyed the most and much much more!

What’s the most satisfying part of your job?

The challenges that arise with being a VFX artist come in so many different shapes and sizes, which is a big reason that I love this craft. The technical challenge of creating and managing sometimes dozens of assets on a project can be vast. Be it a complex simulation, a shader for a creature’s fur, or a model that’s made up of hundreds of parts. But do I enjoy it? Do I find it satisfying? Yes. Because I’m a bit of a nerd! And I wear that term as a badge of honour!

There’s also the collaboration aspect. I’m inherently a people person, and VFX is a great example of a team sport – people all needing to work together in order to achieve a final goal. The surprises that happen when working with other people are incredibly inspiring. So for instance, I love that moment where I look at another artist’s work and go “Ohhh..….. Oh! I didn’t see it like that AT ALL in my head! This is MUCH BETTER!”

But before all of the actual heads-down craft actually has to happen, there’s the process of working with a director on translating their idea from paper to screen. The possibilities start off as endless, and through the process of creative development and testing, you arrive at a final image. Often, the most satisfying times are where you all collectively end up somewhere different to where you started, because it often means that you have learnt something new.

Do you have any inspirations behind your work?

This is a bit of a difficult one. If I spent my time making my own artwork with my own style, I think this would be a relatively straightforward answer because I would definitely have influences. However, working in commercials, I have to shift my style from one project to the next, so being a bit of a stylistic chameleon means that you may not necessarily have a single set of inspirations! Instead, I like to expose myself to a broad set of media, like film, television, advertising, art galleries and Instagram! Recently the visuals at music gigs have gotten really, really mesmerising, too….. Buuuut, I’m not going to say that that’s a good thing!

What initially made you interested in the world of post-production? As we know you currently work in 3D, did you have another area of interest before?

Hah! Many! From a young age, I was always interested in television and filmmaking, so as a kid, I wanted to be a director….. Then an editor, then a photographer, then an actor! By the time the mid 1990s came about, I had a Nintendo 64 and 3D games were beginning to take hold, which I was utterly enthralled by. So, naturally, I thought I wanted to work in games.

The penny finally dropped when I saw the likes of Jurassic Park, Terminator 2 and finally, The Matrix. I hadn’t fully grasped that VFX was a tangible career until I was flicking through a university prospectus, and there it was: “3D Computer Animation”. I spent four years studying in Swansea, and they were some of the most enlightening of my life.

You’ve been at UNIT for the best part of 8 months now. What would you say has been your most challenging project?

Oh, by far, Axe “The Long Journey”. There were just.. SO MANY moving parts to that job which meant that if one part failed, it would have a knock-on effect to everything else beyond it. In the case of Axe, we were having to do one of the most difficult things you can do with a creature – have a human sit on and interact with it.

The live action plates and reference passes needed to be shot exactly the right way for our creature shots, otherwise we would have ended up needing to create a digital double of our hero guy, which we absolutely didn’t have time for! Whilst the shoot was happening in Mexico, we were busy in the studio designing the creature, figuring out how intimidating and muscular he should look, dealing with grooming the fur and then finally having the bull rigged for animation.

Finally when it came to the shot lighting, we got to a place where we had an incredibly efficient system in Houdini to light and render our shots. In the end, we actually had some time to really push the VFX and do additional fur and skin jiggle simulations, which really helped with the photorealism.

Yeah, that was a fun project. Even if it was extremely difficult and stressful!

On the flip side, what would you say has been the project you’ve enjoyed the most?

Hmm. For me, the big challenges that are successfully completed are also the most enjoyable. So, Axe again on this question!

What kind of work/project would you like to work on in 2022?

It’s definitely time to take the plunge and do a live project in Unreal Engine. Real time technologies are definitely going to be part of our future in VFX, so I’m waiting for the right kind of project to turn up, with the right amount of time, and then it’ll be time to go for it!

What does a typical weekend look like for you?

As I mentioned above, I’m somewhat of a social creature, so I tend to spend my weekends with my boyfriend and our friends. I sit in front of a computer all week, so for me, it’s really important to get out there and see some real people! My friends and I bloody love a pub lunch and a pint, so we’ll often start in a local before heading back to someone’s house and just listening to some vinyl or throwing a movie on the projector.

Outside of work, what are your passions and/or interests?

Oh jeez. I deleted Tinder a while ago, otherwise I would have been tempted to copy/paste my bio from there!

I’m quite into cycling – it’s my favourite form of exercise, apart from doing some fair weather running. Love taking a drive out to the countryside to go on a long walk followed by a pub lunch! I’m a sucker for a good installation exhibition – saw some really good stuff by Ryoji Ikeda and United Visual Artists both at Strand 180. Love a good gig, really enjoyed Odesza at The O2 Academy in Brixon back in 2018, also went to see Jon Hopkins at Printworks recently, which was utterly incredible. Although, I think I’m actually a fan of a smaller gig, mainly. When I was in Berlin I stumbled into a tiny pub, and it turned out that Art Brut were just about to start doing a show there… WIN! That was one of my favourite gigs ever, I think 🙂

The dreaded COVID-related question: how did you find lockdown 1.0? Did you take up any new hobbies?

Lol. Yes. I learned to play a song on the ukulele many years ago for a friend’s wedding, and since then, it’s just been sat in my living room. So, during the first lockdown, I thought it’d be fun to record videos of myself learning how to play random bits of pop music really, really badly, and have my friend groups on WhatsApp try to guess the song. I was so, so bad! They all ended up finding it hilarious and suggested that I just post the videos publicly…… and so, my Instagram channel, @ShitUkulele, was born!

I’ve continued posting videos as I actually find it quite fun! I’d like to think that now, I’m a bit closer to being “@AlmostCompetentUkulele” 🙂