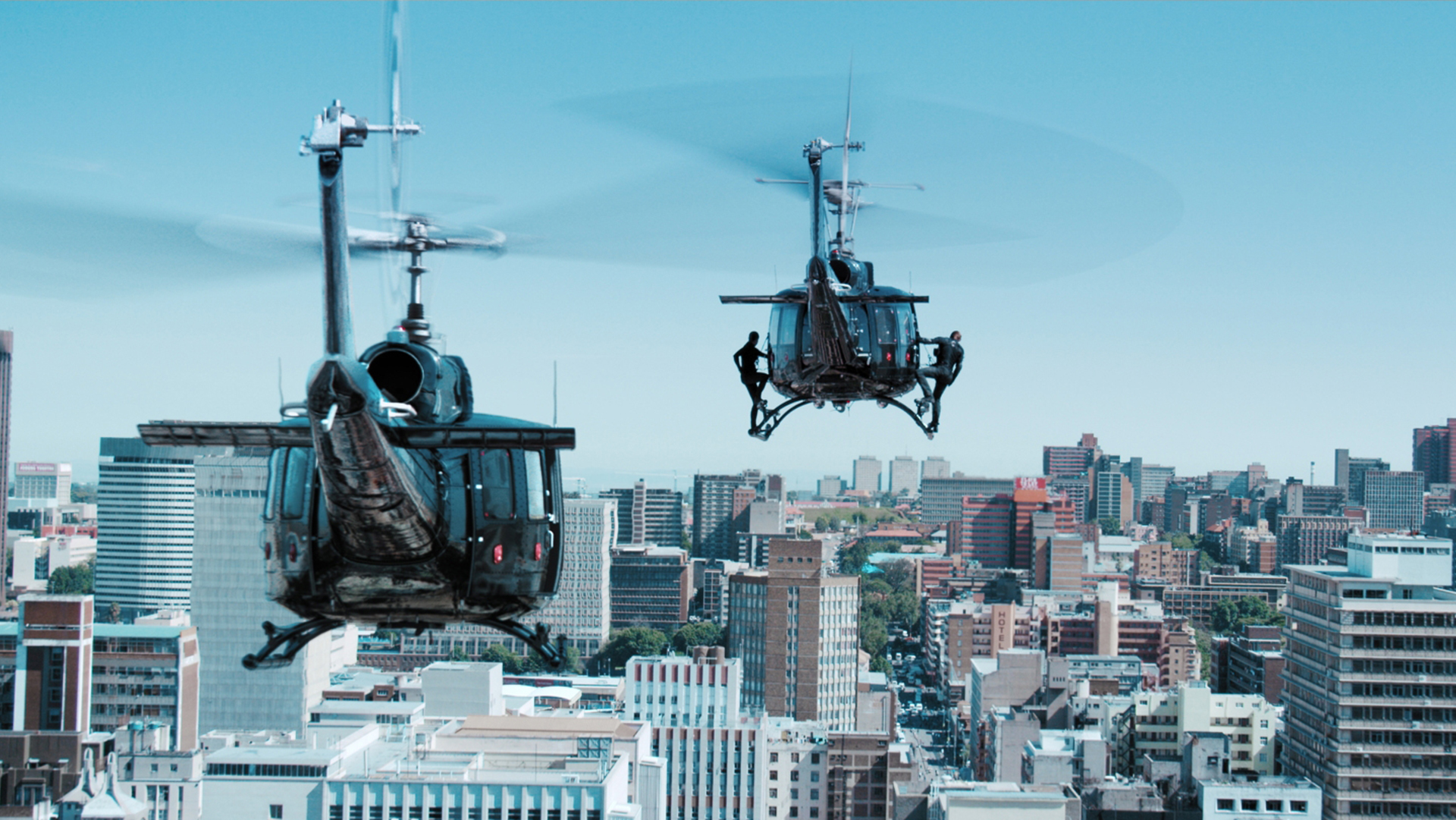 UNIT have recently completed full post on the latest offering from The Vorsprung Durch Technik team at Audi.

A car transporter fully loaded with the latest Audi S Line models is hijacked by hi-tech thieves, abseiling from helicopters to secure the car transporter to a Chinook helicopter that carries the entire payload through the city skyline. A few near misses along the highway and a SWAT team find the luxury cars in an aircraft hanger thanks to the Audi S Lines’ on board tracking system.

The live action stunts and helicopter shots were all overseen in Johannesburg by UNIT’s VFX supervisors Martin Allan and Stirling Archibald. Full CG models of the Audi cars were built from supplied CAD models. UNIT also created two full CG helicopter models to match those on set and a fully rigged car transporter. The team only had one green screen day from the 4-day shoot to capture all the elements required to make this 60-second thriller.

The grade was a challenge as the aim was to move away from the warm glow of South African sunshine and give it a European city feel; the oranges and reds were transformed into a cool looking grade set by UNIT colourist Simon Astbury, Paul WS Anderson, Creative Matthias Walter and Creative Director Stefan Schulte, both of thjnk Berlin.

Lead Nuke Stirling Archibald and Scott Simmonds worked on the rig removal from the stunt days and composited all the CG elements delivered from UNIT’s 3D team led by Martin Allan. UNIT started the CG modelling in November 2014 in order to deliver a teaser in January for the Berlinale Film Festival (sponsored by Audi) and the final film in March 2015.

One of UNIT’s senior audio team Chris Southwell was given creative freedom to create a cinematic trailer feel, sound designing and mixing around the epic music composed by Felt.

Ross Culligan post produced the project with Executive Producer John Brocklehurst of The Mob and Producer Anna Schmitt-Tegge of Markenfilm.