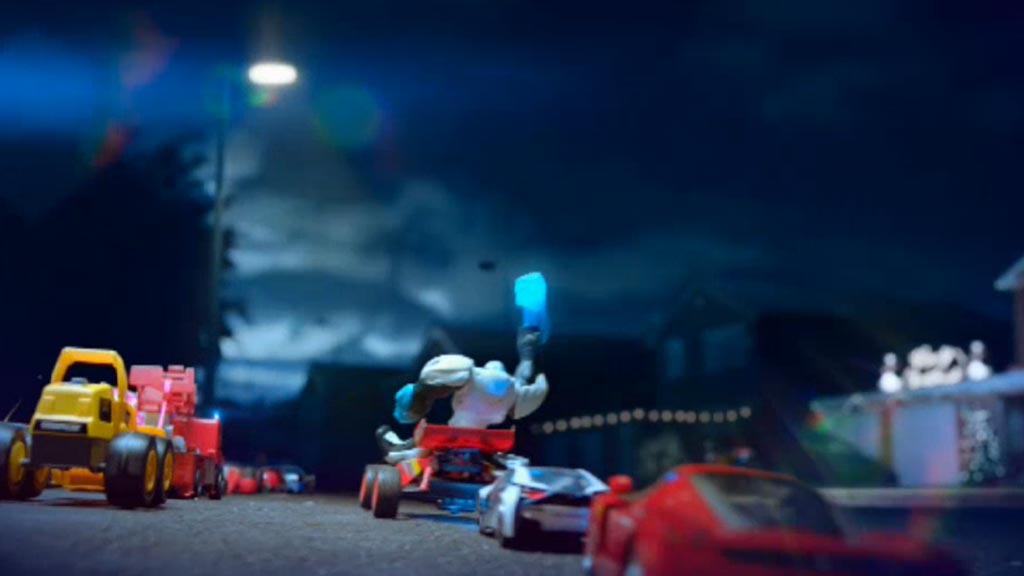 Following on from the campaign launch in September 2013, the success of the Smyths Toys Superstores story continues with the 30” Christmas spot breaking across TV in the UK and Eire.

Directed by Chris Gaffey at The Mob Film Co, the project was simply a joy to work on – bringing out the inner child of the VFX team led by Unit’s Jon Berridge. Our team rose to the technical challenge of turning the wet streets of Manchester into a starry moonlit backdrop for the toys’ magical choreographed journey from store to home, landing on the newly animated blocks bouncing life into the historically 2D Smyths Toys Superstores logo.

All participating toys found new homes via children’s charities after the shoot, sharing the magic in keeping with the campaign’s message – “Hey, Let’s Play!”