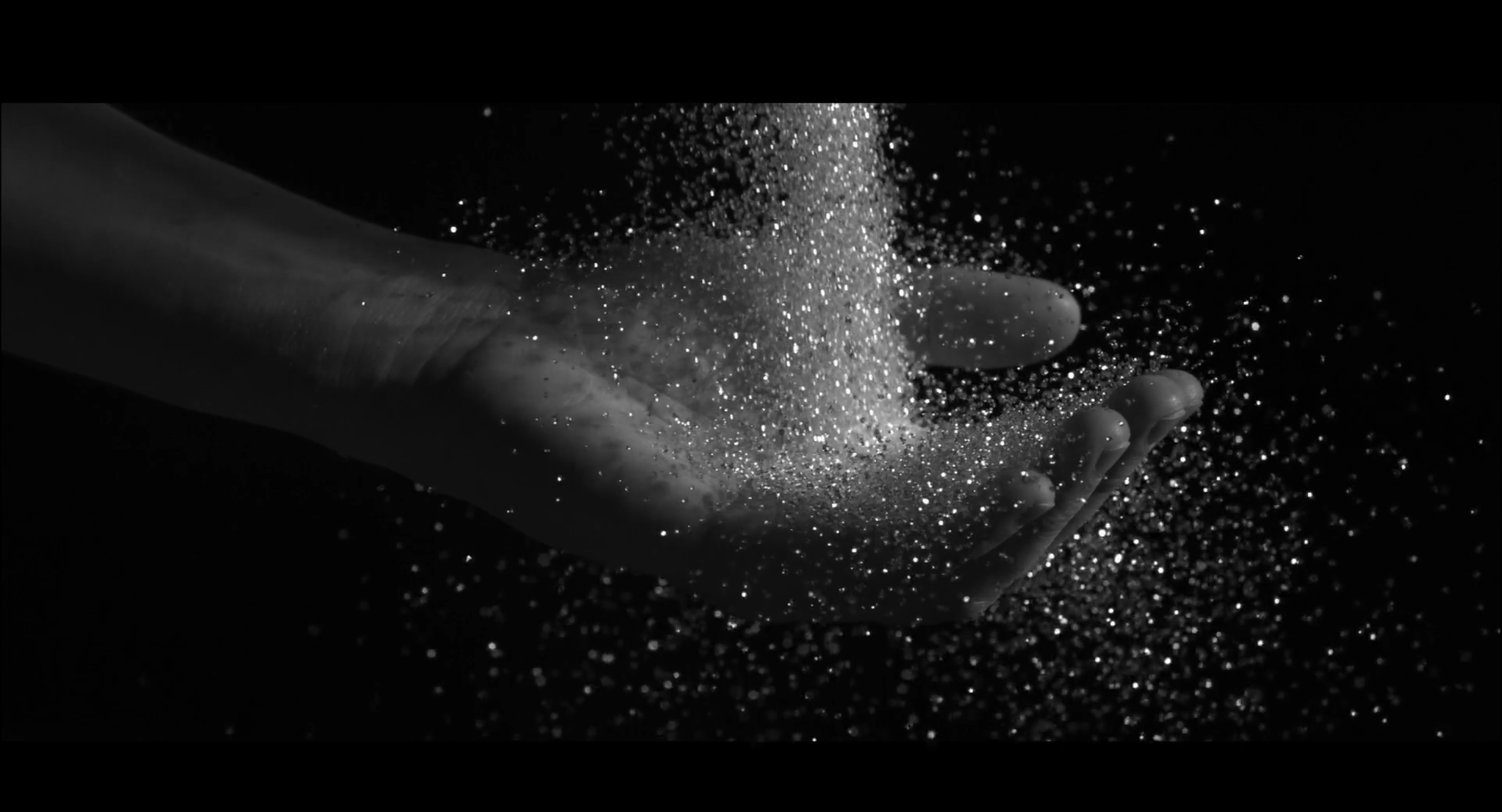 Their previous work has included a piece titled ‘Hair Highway’, which took place examining the hair trade in China. Another, titled ‘Gyrecraft’, explores the maritime activity of transforming plastic pollution found at Sea into new objects. All of their pieces demonstrate the beautiful, innovative, and interesting nature of their work, and it is made clear that both research and ethics are fundamental to their ideas.

Their newest piece, ‘Terraforming’, tells the story of a newly discovered planet made entirely from crystal that is being made habitable for human life. The film was inspired by 1960s sci-fi classics and combines super-macro shots, studio sets and sublime landscapes. Studio Swine have commented that “Terraforming imagines a planet where time and space are distorted by crystal. The Dune Clock tells the time with 3 million precision cut crystals; the minutes pass with falling crystals and the hour with the digital numbers.”
The film is a project commissioned for Designer of the Future 2015 by Swarovski at Design Miami/Basel and Studio Swine were one of three winners.