UNIT Creates a Seagull for Carling 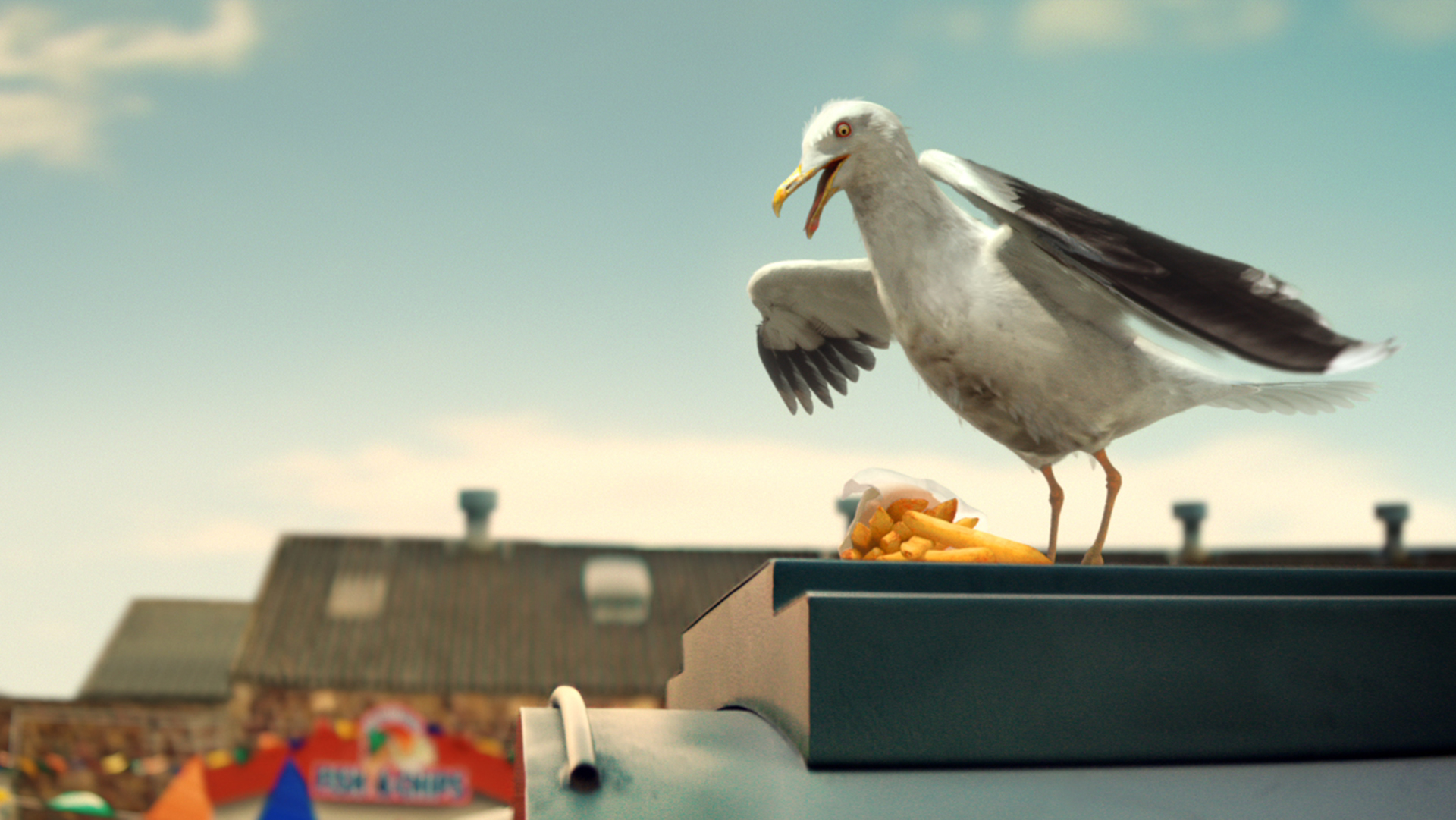 The chase is on – who will win? This 30 second spot from Carling sees the return of Dylan and Jon, who are enjoying their bank holiday with two refreshing pints of Carling and a bag of chips at a British seaside town. An unexpected visitor joins them; a sneaky seagull swoops down to steal Dylan’s chips and we’re left wondering if he will ever get them back in this dramatic yet humorous commercial.

This film is a result of a collaboration between Creature London and Smuggler, directed by the Sniper Twins, and is part of Carling’s ‘Brighton or Barbados’ campaign encouraging consumers in the UK to make the most of their extended weekend.

The challenging task of creating a dynamic seagull was easily overcome by UNIT’s amazing VFX teams. Constructing and animating the seagull required a large amount of creative vision as it behaves in a playful and characterful manner, from taunting Dylan over a bag of chips to entering into a chase. Working closely with Creature London, UNIT managed to execute a comical showpiece, showcasing the talents and skills our 2D and 3D teams possess.