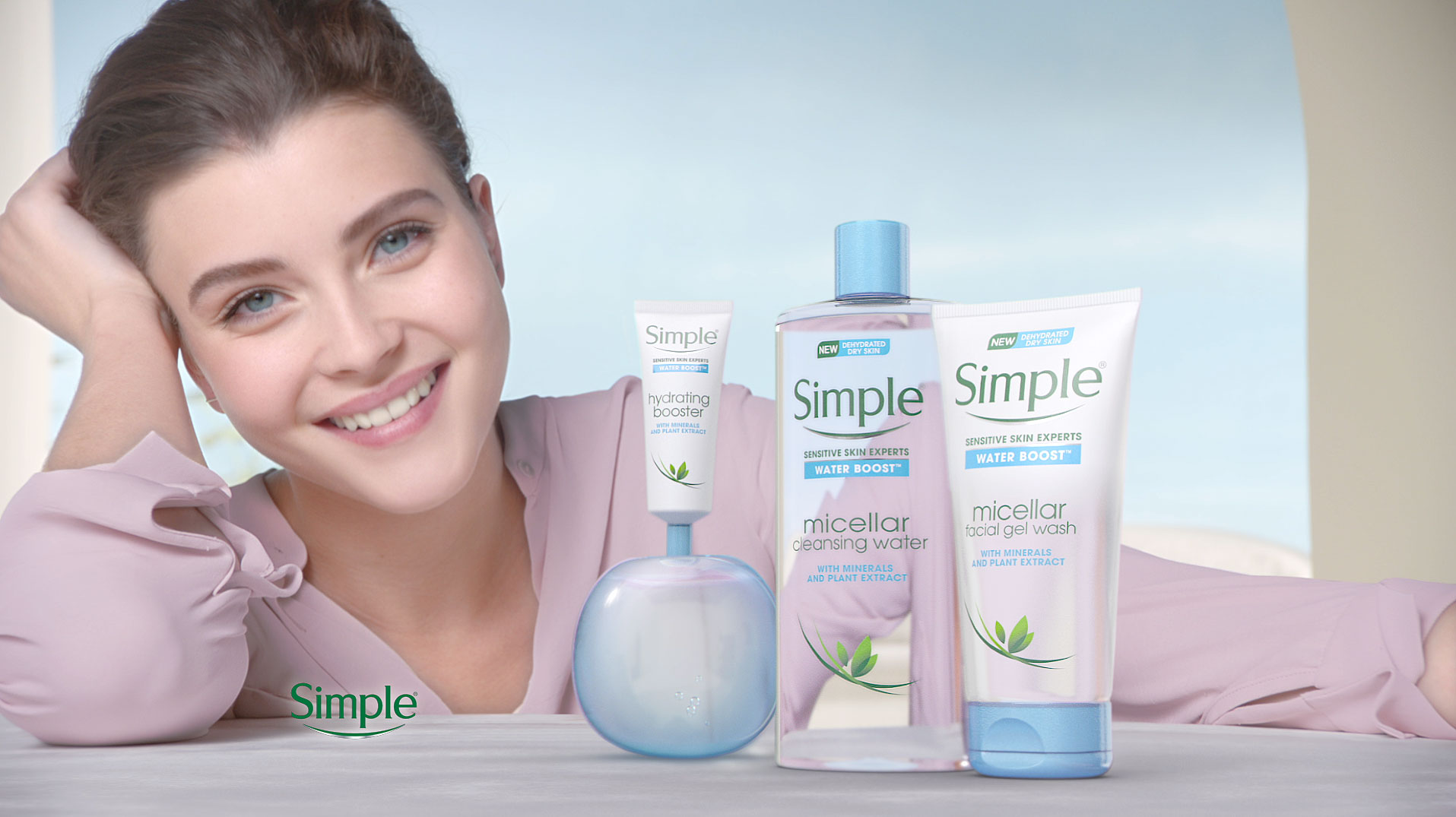 Building upon an already distinguished beauty portfolio, we were delighted to collaborate again with R/GA on this extensive campaign for Simple Skincare.

UNIT VFX creatives, Richard Greenwood and Nuno Pereira supervised the shoot to ensure we had everything we needed to add the hydration cushions and pack shots in post.

The model’s hands were then rotoscoped so our hydrating cushions could be animated and simulated using Maya. At the same time, all the packs were modelled by hand using high res reference images.

UNIT’s Senior 3D artist Will Davies comments “The liquid filling was added using real flow by myself and Pedro. The final part of the 3D stage was to sympathetically light the hydration cushions and the packs to match the shot footage using HDRI images taken on the day. The renders were handed over to our Nuke department for composite, headed by Scott Simmons and assisted by Tom Clapp. As there were dozens of deliverables from a stills campaign to numerous TVCs and various online adverts, the whole thing could have become a logistical nightmare if it weren’t for the skilful and considerate handling by UNIT Executive Producer Emma Watterson.”