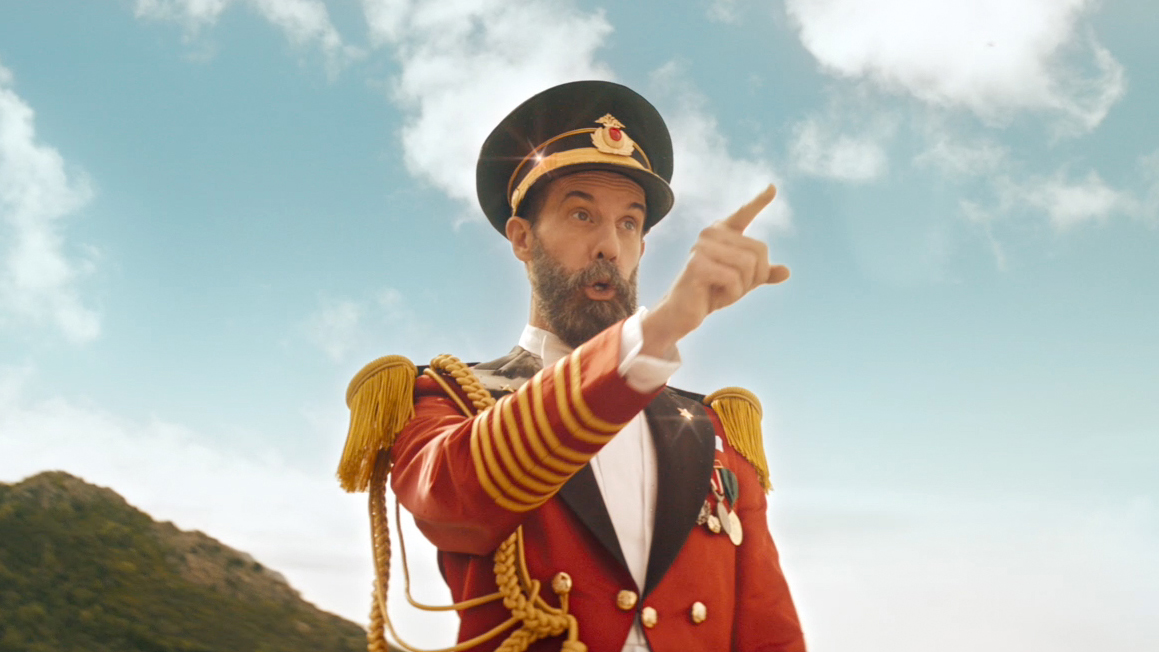 UNIT are delighted to have teamed up again with CP+B London, this time to deliver VFX, Grade, Audio and Online on the latest Hotels.com campaign.

Featuring the return of the brand’s comically popular mascot Captain Obvious, the films entitled ‘Great Morning: Hungry American’ and ‘Great Morning: Big Wee’, which will run over the summer, showcase the Rewards Programme with an all-singing and dancing cast. With these wonderfully kitsch Musically themed scripts, what better directing choice but Coy’s advertising and directing legend Mark Denton (repped by Thomas Thomas) to inject some La-La Land.
On grading the campaign, UNIT’s Director of Colour Scott Harris comments, “It’s not often you get to work on a 30 second Musical, who knew it would be so much fun! We had to go with something bold to do these spots justice and Mark and the crew wanted to explore the golden age of Musicals…quite literally.  Pushing a lot of colour into the wardrobe and the like, whilst keeping a slightly lifted print feel was the ‘tip of the cap’ to a by gone era.”

UNIT’s Senior Sound Engineer Chris Southwell adds, “It was important the films felt like a Musical. Subtle sound design was incorporated to help enhance any key movements, whilst making sure not to interfere with the composition.”

UNIT also delivered the full post on the collection of shorter formats films including; Phoney Voice TVC, Notifications and Moonwalk directed by Jonnie Malachi and these will appear on digital platforms as bumpers, pre-rolls and curtain raisers for online content.