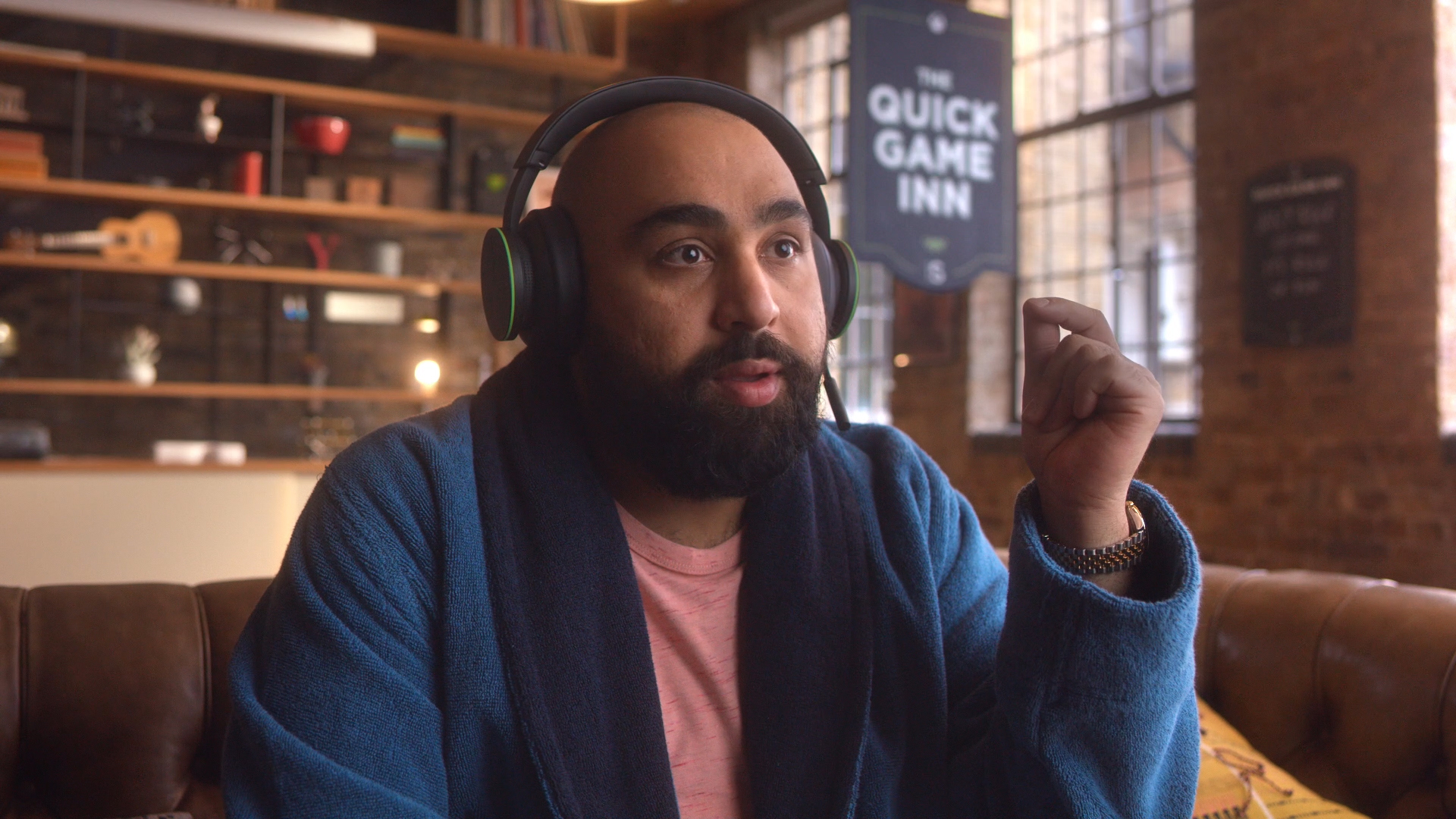 The campaign was shot on 8 cameras simultaneously, in 4 rooms, across two buildings, with players actually communicating via XBox Live to each other.

The UNIT team loved collaborating again with director Jonnie Malachi and the whole Fresh Film crew on these witty spots.

UNIT’s Head of Colour Denny Cooper kept the grade fairly simple focussing mostly on bringing out the textures and enhancing the atmospheres to compliment the aesthetic and add to the comedy value.

The first phase of the newly released films include the launch film ‘The Quick Game Inn’ and Resume Battle.