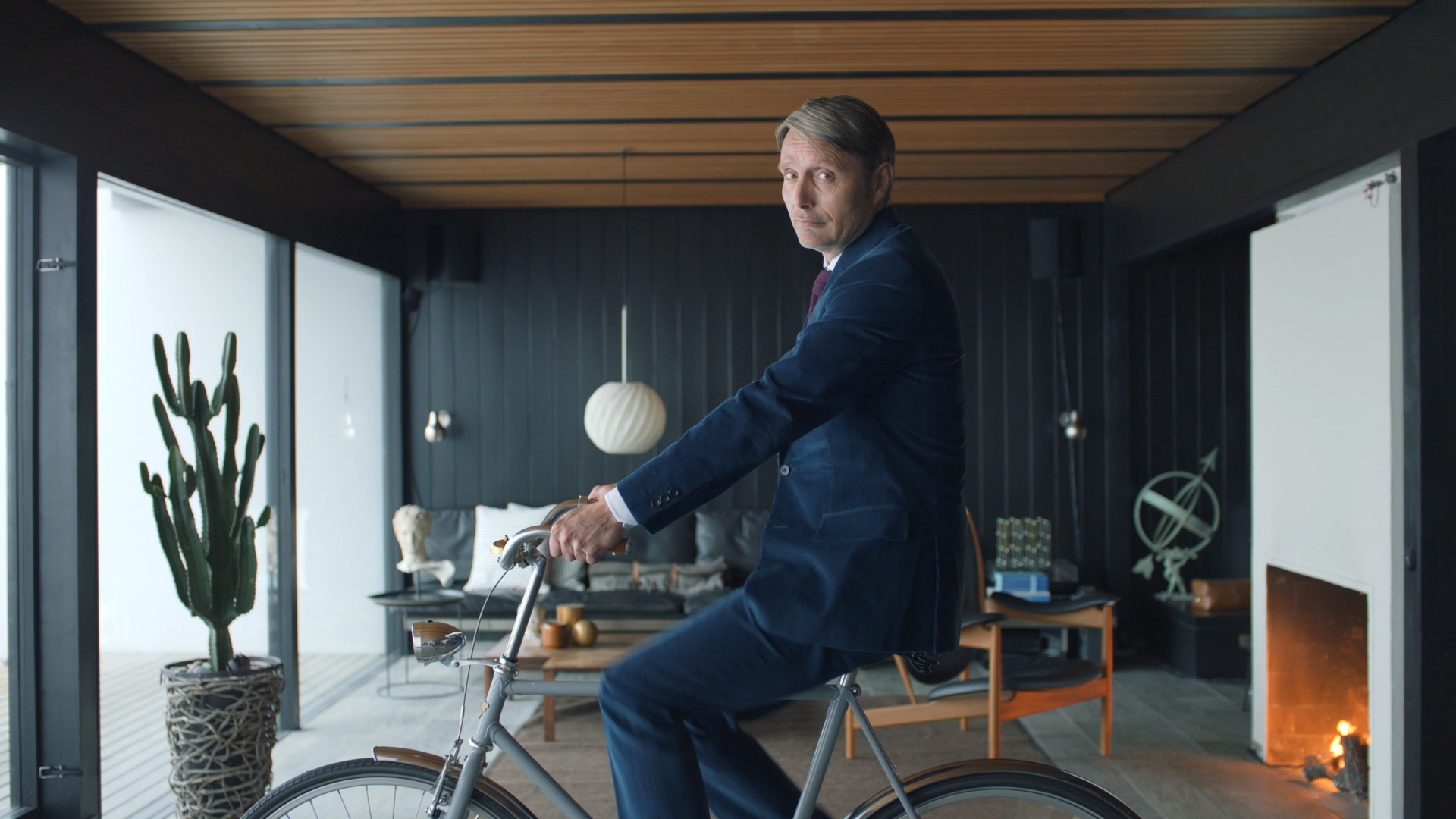 UNIT were delighted to collaborate again with Merman-repped director Peter Lydon on this latest campaign for Carlsberg. Created by Fold 7 and produced through MindsEye, the campaign features legendary actor Mads Mikkelsen who returns as the Danish philosopher for this latest instalment of the now familiar and hugely successful campaign “The Danish Way”.

In the first of the 3 films released, we are encouraged to “Commute” taking the scenic route which is of course #thedanishway.

Beautifully graded by UNIT’s Director of Colour Grading, Scott Harris notes, “I got to work with award-winning director Peter Lydon and Mads Mikkelsen on a Carlsberg film… Pretty cool right !?  A beautifully shot and directed series of films.  I really enjoyed grading this campaign”.

‘The film has a calm, relaxed feel to it. Natural sound effects and bike foley help create a commute to work most people would wish for’, adds UNIT’s Chris Southwell who delivered the audio for the TV and Cinema campaign.