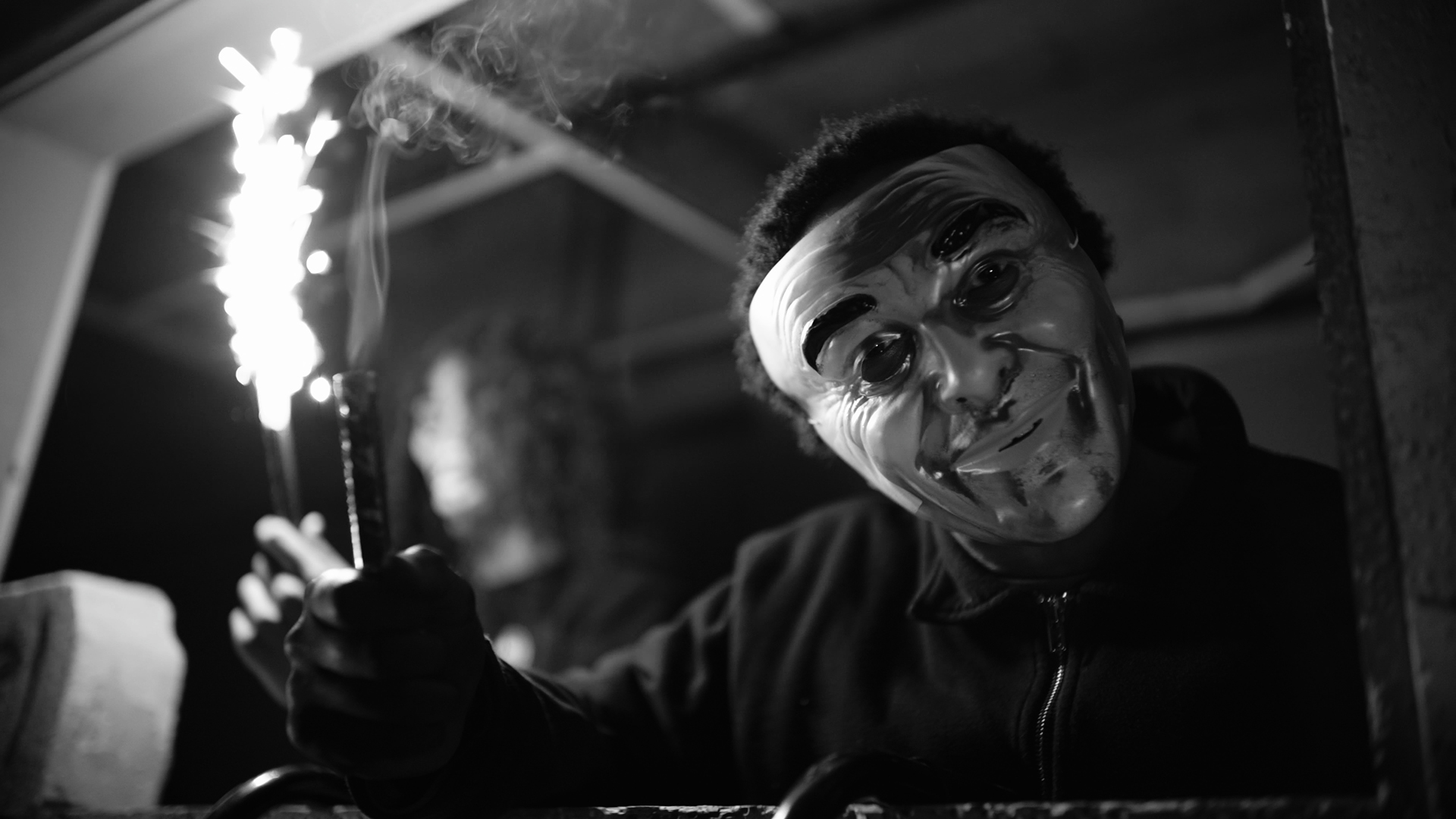 UNIT and our design studio, The Design Collective, are very proud to have created the launch film for Roger Ballen x The Skateroom featuring Die Antwoord. The film was created by Brave Bison and visually showcases the collaboration between The Skateroom and the Arts Council.

The Skateroom’s most recent collaboration is with South African photographer Roger Ballen, who is best known for his psychologically powerful and intricately layered images that exists on an area between painting, drawing, installation and photography.

UNIT were tasked with seamlessly editing Ballen’s original footage including some existing work for Die Antwoord, with new footage shot by Creative Director Drew Wolf and his team from Brave Bison in the Photographer’s ‘Ballenesque’ style. The challenge faced by UNIT’s Flame Artist Ben Beaumont was to marry the two bodies of footage in an interesting way.

UNIT Colourist, Nick Dalby, then graded the film before passing back to Ben Beaumont to create the transitions in Flame.

UNIT’s Creative Director from The Design Collective, Tom Wansbrough-Jones comments, “It was a great opportunity for us to be involved with making this film. The brief was essentially to create a film using Roger’s existing work alongside footage that was shot in the same style but with a focus on the new skateboard decks.  Once we were happy with the edit and had matched the grade through all the shots we added some extra moments in there to help tie everything together. These consisted of animated graphics overlaid onto the image simulating the illustration on the walls in Roger’s previous films. It felt like a nice touch to give the film something extra but keep within the style of work that Roger produces.”

Brave Bison’s Creative Director Drew Wolf compliments the team at UNIT, “This film is an incredible example of what UNIT is all about. Under a tight timeline and budget the team at UNIT brought together something special and importantly a film that Roger Ballen, Canvas and UNIT collaborated on as an original piece of work. We are very happy with the results!”

The film was recently launched at their event in Amsterdam and is being hosted on their You Tube platform CANVAS.