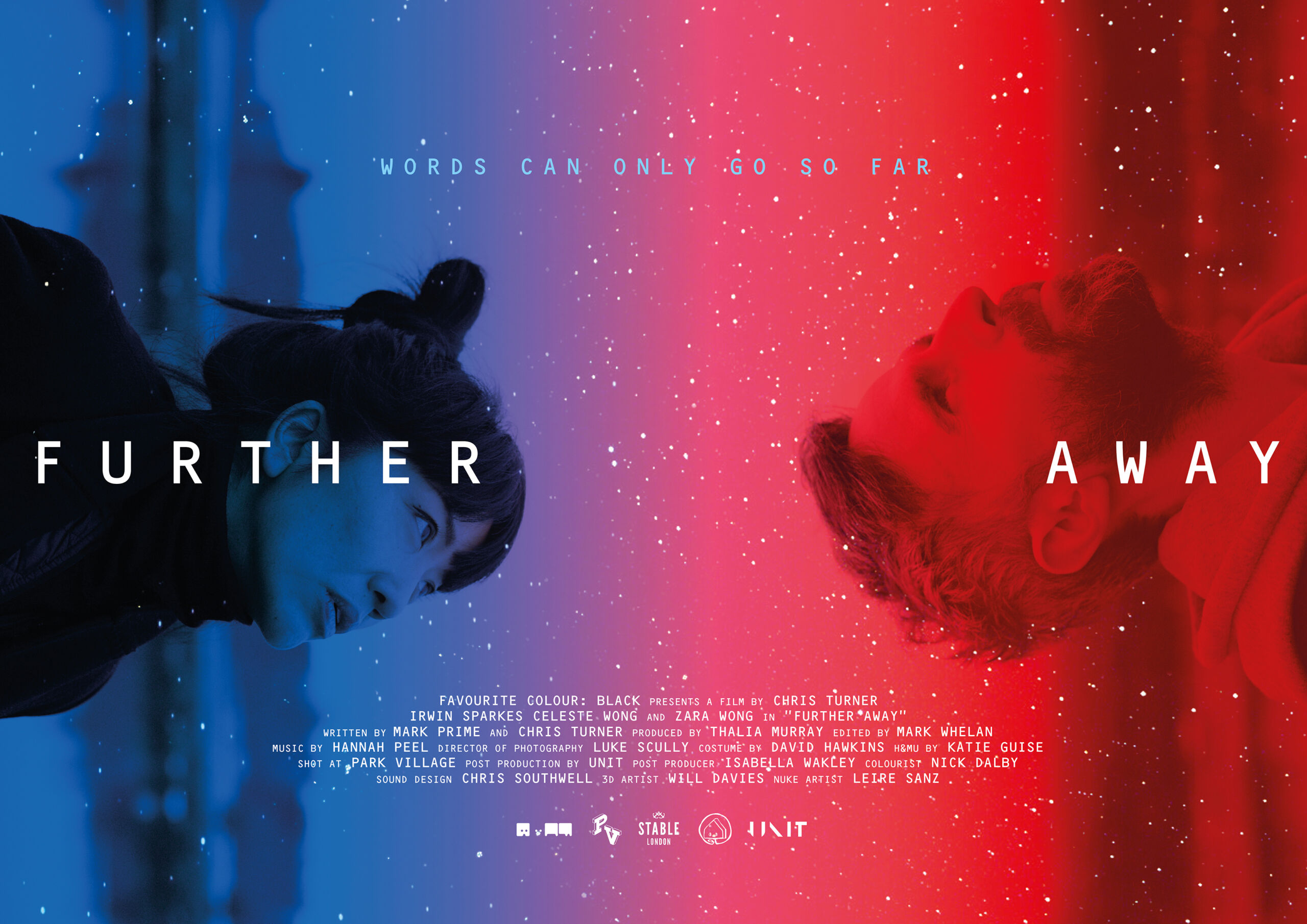 We are super proud and very excited to share our latest collaboration with Chris Turner aka Favourite Colour Black on his cosmic short film, ‘Further Away’, which was shot throughout the various lockdowns.

“An off-course astronaut attempts to communicate with his loved ones back on Earth, but with the vast distance between them ever increasing and hope running out, his reality begins to merge with the fragmented memories of everything he left behind”.

Ahead of the festival circuit, Further Away showing for 48 hours – from 6pm (BST) TONIGHT, Friday July 23rd – exclusively on Paus TV. It’s FREE to sign up and view the film, but it’s only there for this weekend.

Featuring Irwin Sparkes (of The Hoosiers and White Tail Falls) and Celeste Wong (The Girl in the Cafe) and an ethereal score by Mercury Prize nominee Hannah Peel.   UNIT’s stunning post production includes some out of this world CG space shots created by Will Davies and Leire Sanze and a clever glitchy sound design and mix courtesy of UNIT’s Chris Southwell.

UNIT’s Senior Colourist Nick Dalby who created the cinematic grade comments ‘for the look of this film we found a balance between the claustrophobic feel of the interior of the capsule to give the audience a sense of the distance and separation from the shots from the beautiful earth and memories he left behind. It really gives a sense of departure and the tense realisation he may never return….”