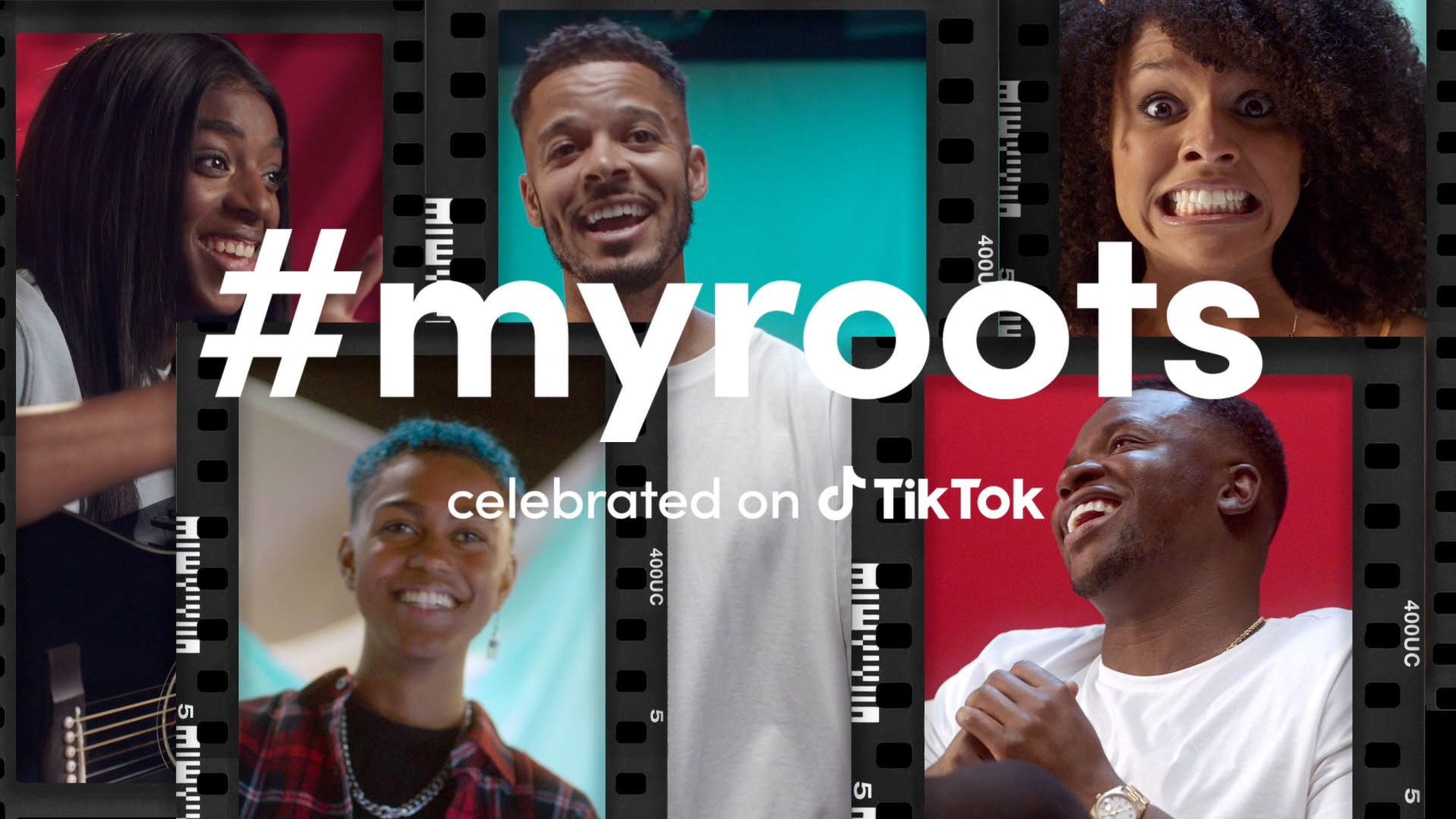 The campaign ‘#MyRoots’ stars singer and songwriter Cat Burns, footballer Jeremy Lynch, queer creator Lily-Rose, actor Michael Dapaah and comedian Sherice Banton as they showcase the skills, passion and “authenticity” that have led them to success on the social platform.

Running throughout Black History Month, TikTok are running a series of in-app and out-of-home activities, including murals at Camden Lock and The Prince of Peckham pub. The company have also joined a digital partnership with the conference Black Tech Fest, which also aims to encourage networking between black professionals. There are also playlists curated by black artists, including Arlo Parks and Unknown T.

The spot was directed by Poet and director Caleb Femi, who featured in the Dazed 100 list of the next generation shaping youth culture. He has written and directed short films commissioned by the BBC and Channel 4 and poems by the Tate Modern, The Royal Society for Literature, St Paul’s Cathedral, the BBC, the Guardian and many more.

“It was important for us to mark Black History Month in the UK this year in a way that felt inherently TikTok – by celebrating our creators and their stories,” Trevor Johnson, global business marketing director at TikTok, said.

“’#MyRoots’ will honour the contribution made by the black community, the joy our black friends, family and colleagues bring and look ahead to the future of black talent on TikTok. This campaign has been developed to shine a light on the different experiences and stories of the black community and has been carefully curated to feature the brightest black talent from across the UK.”

Lily-Rose said: “I think it’s positive how TikTok is trying to spread awareness of the Black Lives Matter movement and are proactively encouraging the voices of black creators to be heard.

“It’s great to see a platform with the prominence of TikTok finally giving black creators the recognition they deserve and bringing them to the forefront of the app.”

Ary Arasen, creative at TikTok Creative Lab, added: “This was a great collaboration with black directors, black creators, black illustrators, black photographers and black musicians to bring to life an authentic campaign created by the black employees for the black community.

UNIT Studios worked closely alongside director Caleb Femi and the creative team at TikTok to provide the 2D, Online, Edit and Grade for the campaign.

Editor Henrik Sikstorm attended the shoot to assist with advice for shooting transitions and VFX elements. With the project having such a tight turnaround, Henrik was beginning to log, prep and make selects for the final edit on set;

“The string-outs assemblies and rough cuts were done in Adobe Premiere, and later moved to After Effects in order to be able to more accurately animate, composite and incorporate transitions and effects as well as create the various cut downs and variables.”

Once the cuts had been approved and signed off by the agency, the footage the project and footage where prepped and sent to our CD of Colour, Denny Cooper, to work on in Baselight.

Henrik adds, “Since most of the creative edit had taken place in After Effects, we could not rely on EDL or XML’s to roundtrip the grade so all the footage had to be placed in carefully named and
ordered pre-comps with handles and then consolidated for the grade.

The After effects project was set up to easily replace the camera rushes with the graded footage once it came back from Baselight and the conform was done in After Effects to maintain the integrity of the transitions, composites and effects.”

Our Creative Director of Colour Denny Cooper, comments “It was an absolute pleasure to be part of this collaboration with Caleb Femi and TikTok, celebrating amazing people and the positive impact they are making on the world.”