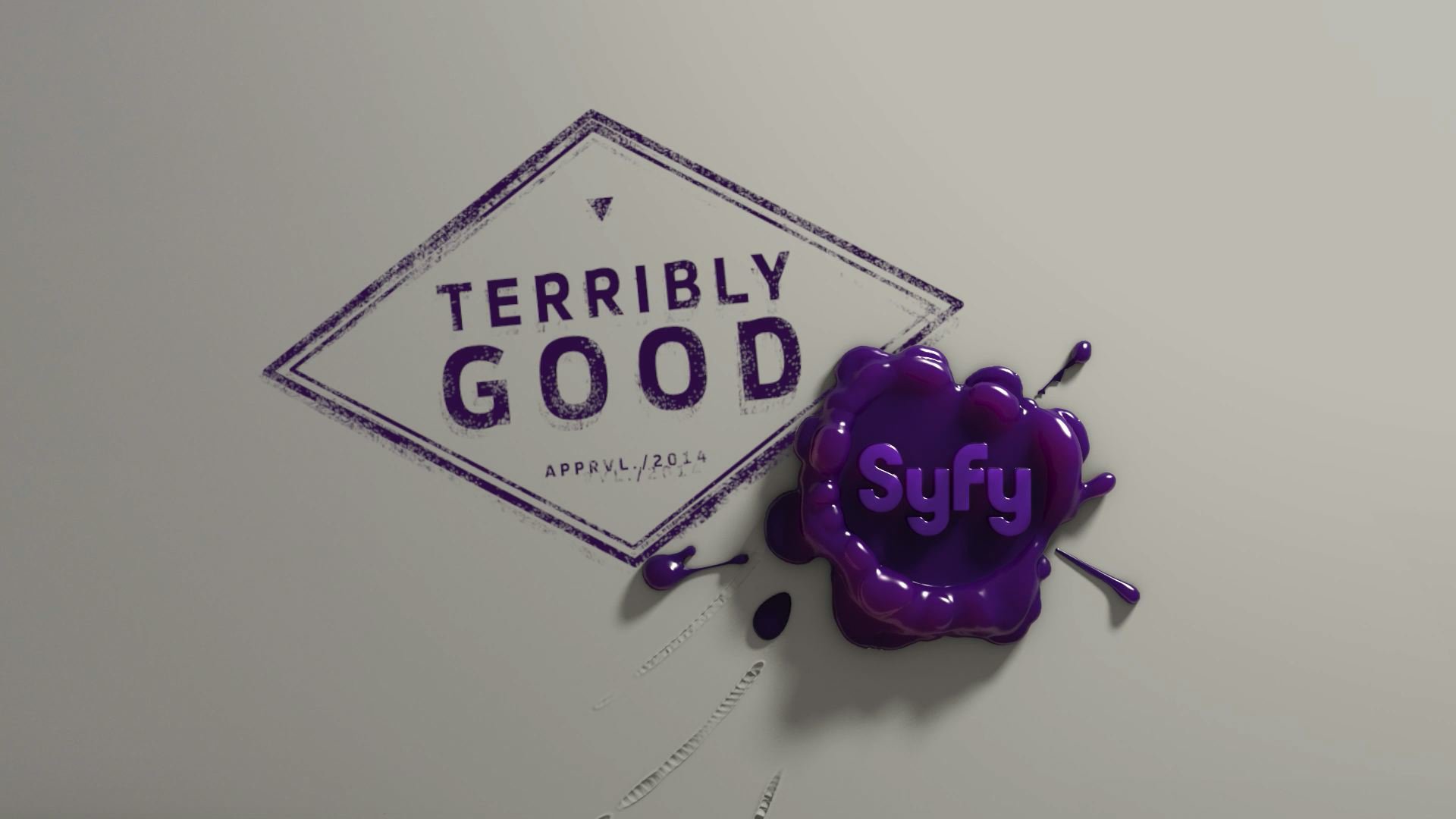 As soon as the boards were presented UNIT’s 3D Team knew that this was going to be an exciting and fun project to work on.

The film presented two main challenges. How to create the wax like liquid from which the creatures and objects would be created? The second was how to create the various promo packages, with multiple deliverables in a three week turnaround?

The two challenges were eased by having access to NBC Universal Creative Director, Mark Gouldie and Executive Producer Toasty Kunheim. Their expertise enabled us to maximise the assets, creating enough variations across the campaign.

This resulted in five bumpers with bespoke opening sequences that could be bolted on to a generic end board. From this a fifteen second sting would be created.

Bolting elements together would effect how UNIT approached the making of the fluid. Realflow was discussed, but did not provide enough flexibility. So, eventually eighty individual shapes were formed, which were blended together, faking the fluid motion required. This gave the team total control. Once the technical approach was nailed then the fun could commence. The whole process was overseen by VFX Supervisor Martin Allan.

The final result is indeed a fun and vibrant teaser that has led to the Terribly Good Campaign winning a Gold award at the recent Promax awards for best use of design.

Congratulations to NBC Universal and to all those involved in creating such a great piece of work.