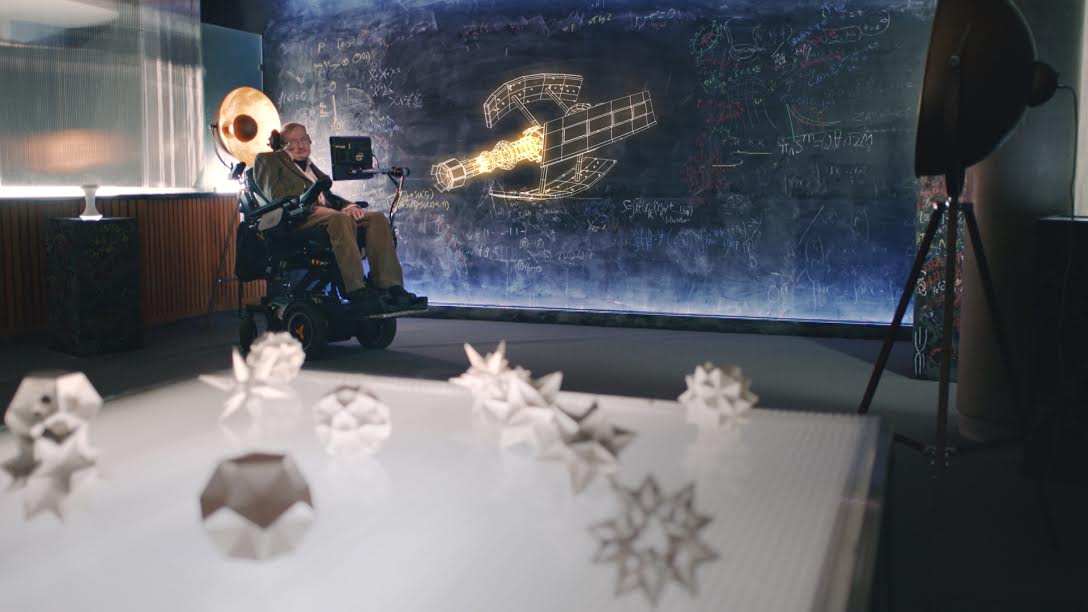 The film which was directed by Lucy Haken and produced by Brook Lapping, features Professor Stephen Hawking who predicts that within 100 years humanity will have to look for a new planet to colonise.

Earth has been our home for 200,000 years but with an over population and limited resources the planet might not support us forever. In The Search for a New Earth, Professor Stephen Hawking, takes us on a revelatory journey to find humankind a new planet on which to live.

UNIT Studios collaborated with Brook Lapping to create playful and informative graphics which illustrate how we would leave planet earth, what sort of space ship we would need, how we would feed ourselves on the journey, how we would reproduce on the way and what we would have to do to colonise a new planet once we got there.  We created geometric low poly designs, chalk board drawings, projections and planetary graphics to explain the complex science behind the challenges of long distance space travel.

On working on the project, UNIT Studio’s Executive Producer Nicola Kingham comments, ‘It was a pleasure to work with Lucy and Professor Hawking on a space adventure with real ground-breaking science.  We created over 80 shots for the show.  One particular challenge being working out how to create an ‘inter- stellar sailboat’ expected to carry thousands of people and all the resources they would need to search deep space for habitable planets”.