We asked Chris, our Creative Director of Sound, his opinions on Halloween movies. 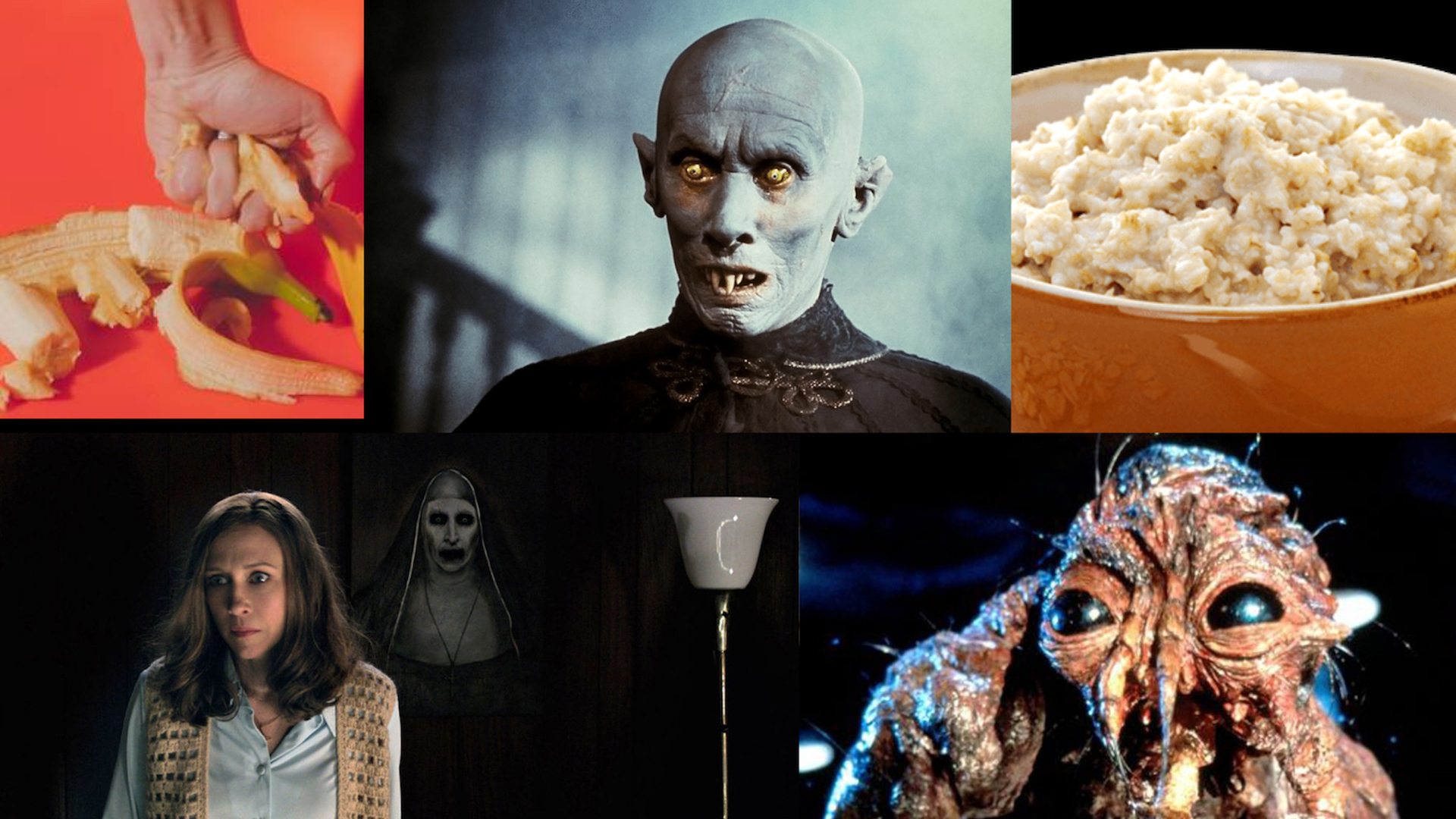 It’s that time of year again when you get the chance to make gruesome, slimy and chilling sounds. It’s always satisfying recording Foley and designing horror SFX.

The landscape of horror movie sounds has changed over the years. I grew up in a household with two older brothers who subjected me to many scary movie. By the age of 8 I had seen American Werewolf in London, Salem’s Lot and The Fog to name a few.

I remember watching these films and reacting to the music which would usually punctuate a scary scene. Anything from terror string sections to discordant 80’s synths. These days films usually have quiet, quiet, BANG!!! heart attack moments. I recently watched The Conjuring which has this in spades.

I still find the slimy bone crunching sounds get the best results in my studio. Clients always feel uncomfortable listening to these sounds. I always have my ‘go to’ Foley objects, anything from chicken breast for flesh sounds, squishing bananas or mixing porridge for slimy sounds.

These sounds always remind of another film which terrified me as a kid, ‘The Fly’. I hated the transformation scene, a good use of squelchy slimy sounds.