"The brief was essentially to create a film using Roger's existing work alongside footage that was shot in the same style but with a focus on the new skateboard decks." Says our Creative Director of The Design Collective, Tom Wansbrough-Jones. "Once we were happy with the edit we had matched the grade through all the shots, we added some extra moments in there to help tie everything together. These consisted of animated graphics overlaid onto the image simulating the illustration on the walls of Roger's previous films. It felt like a nice touch to give the film something a bit extra but keep it within the style of work Roger produces." 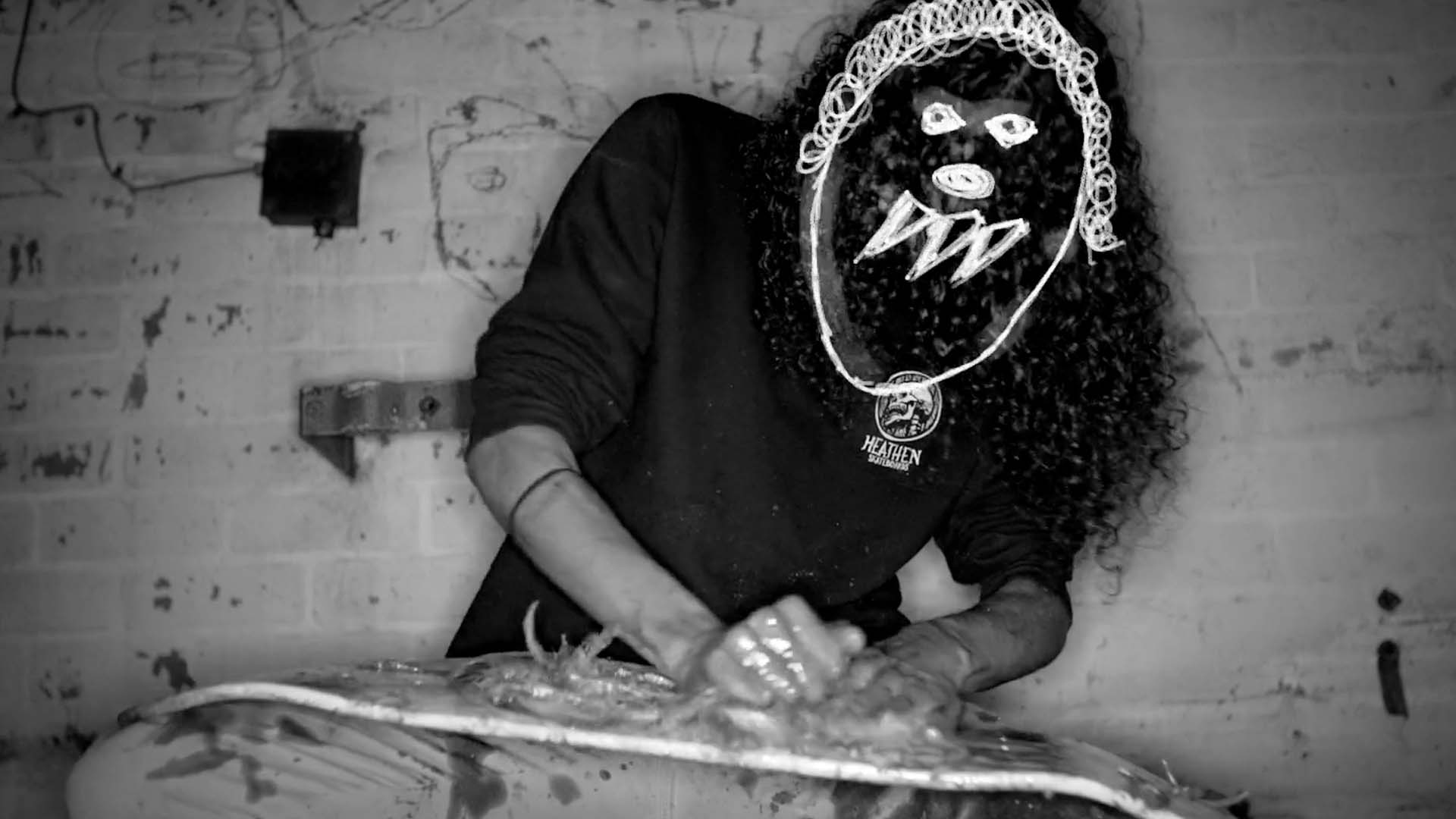 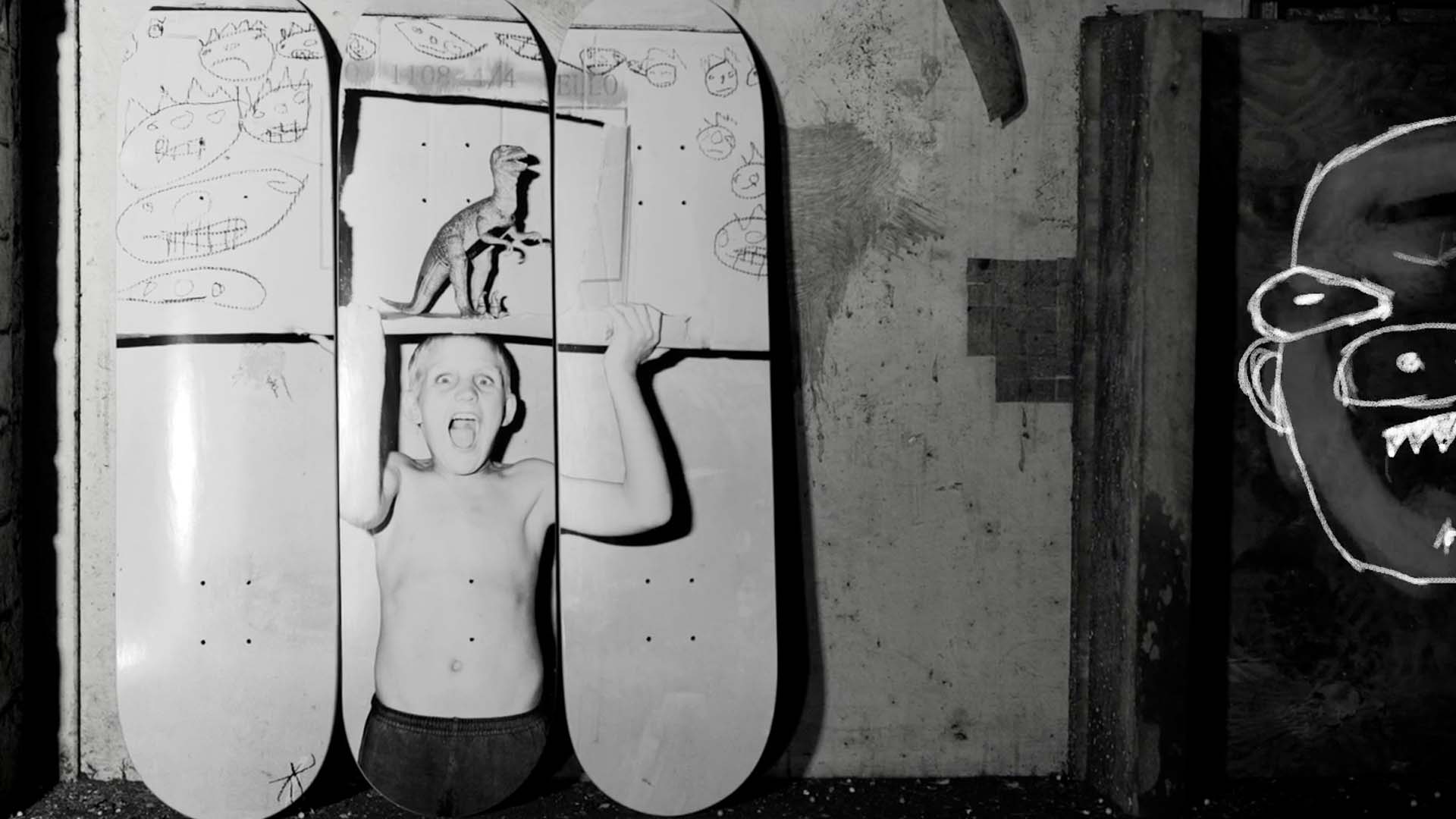 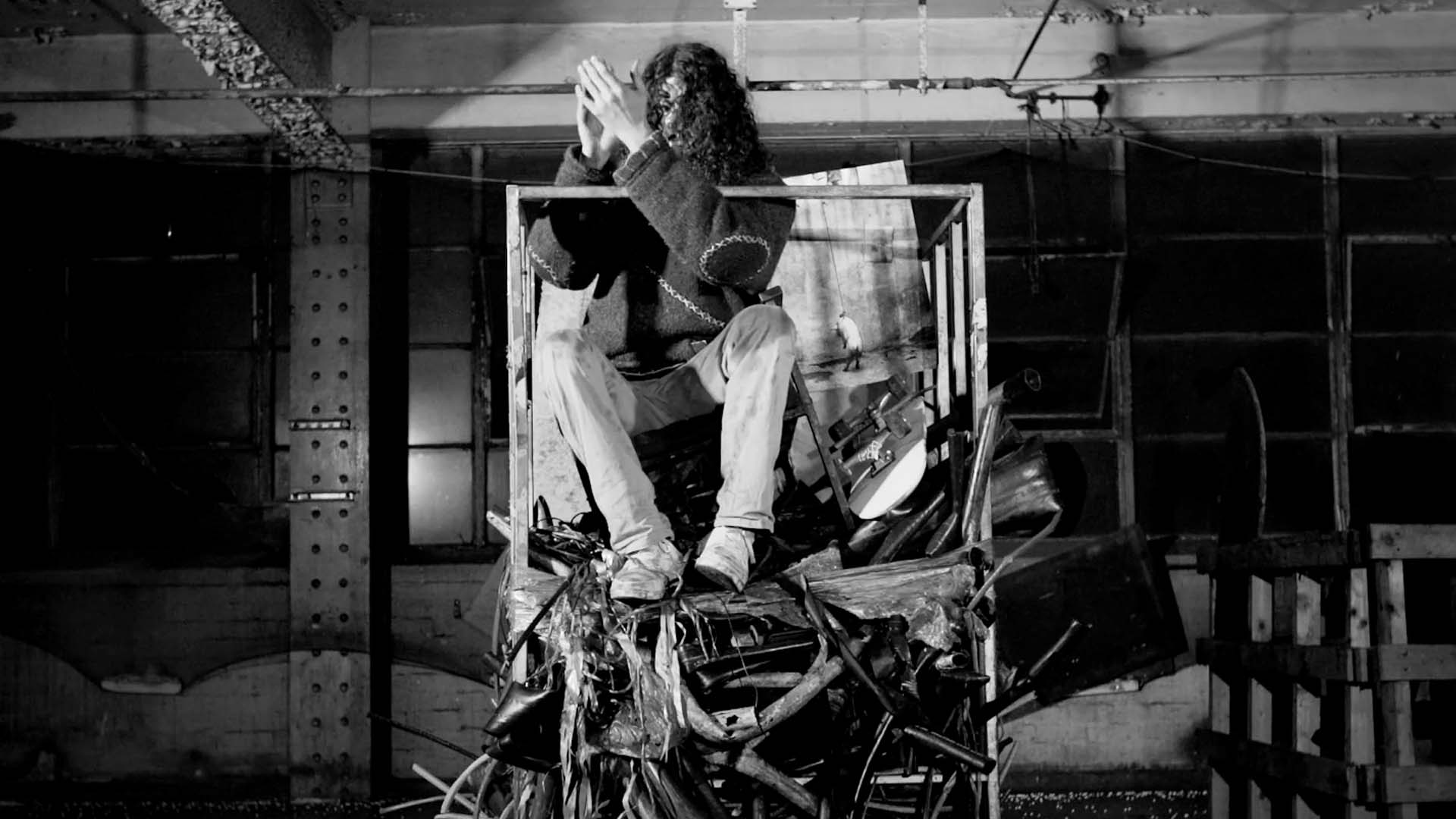 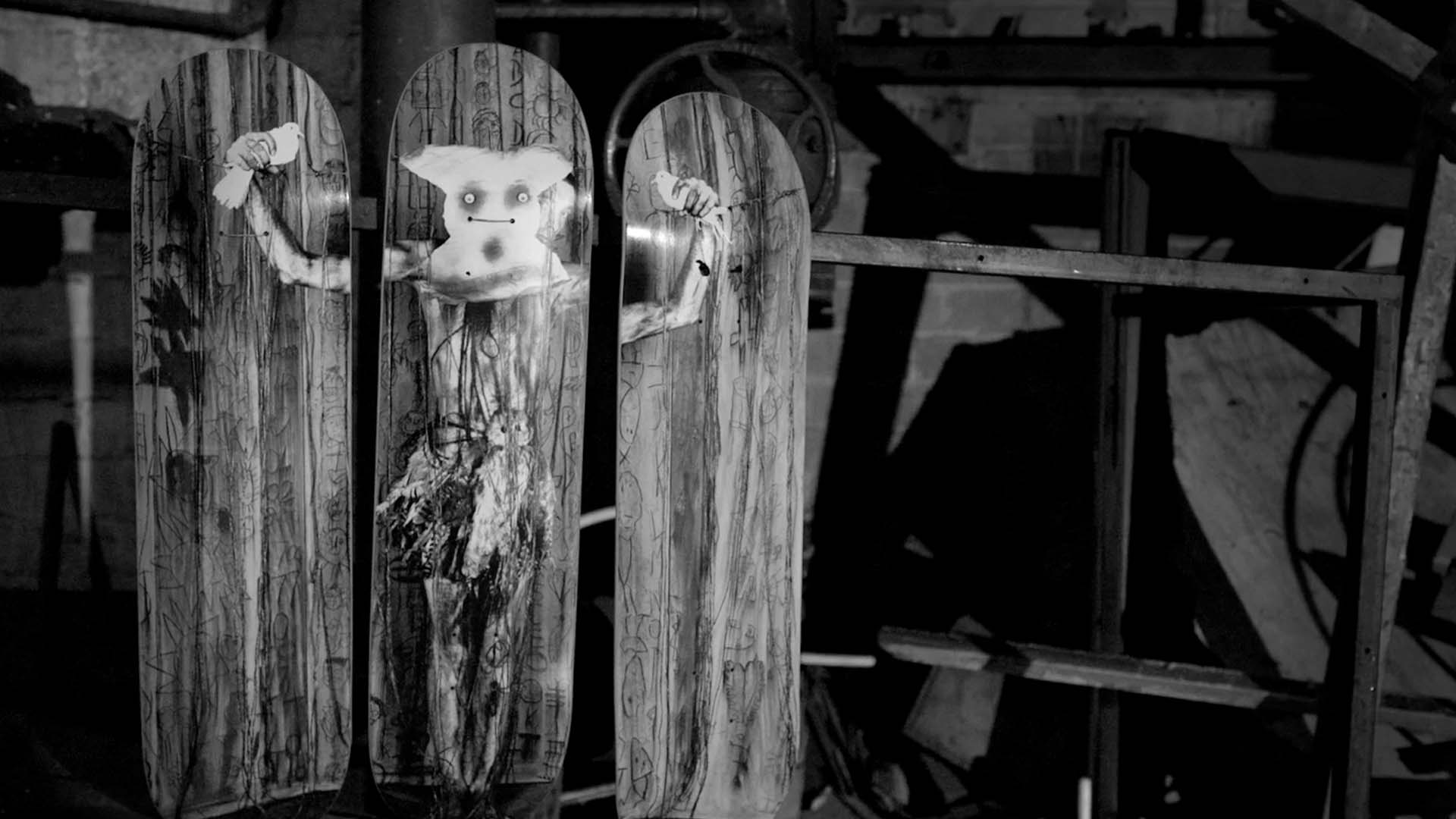 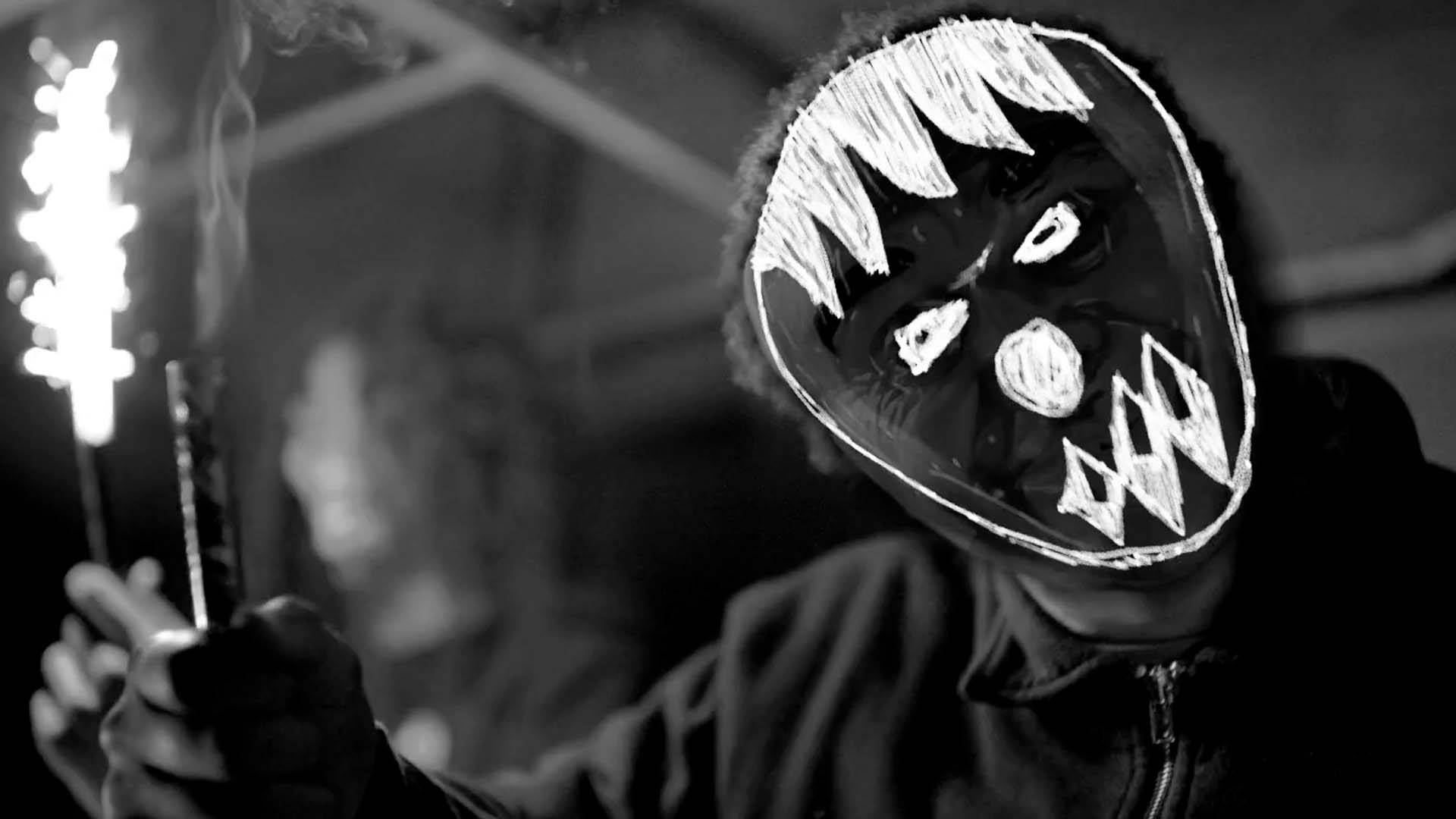