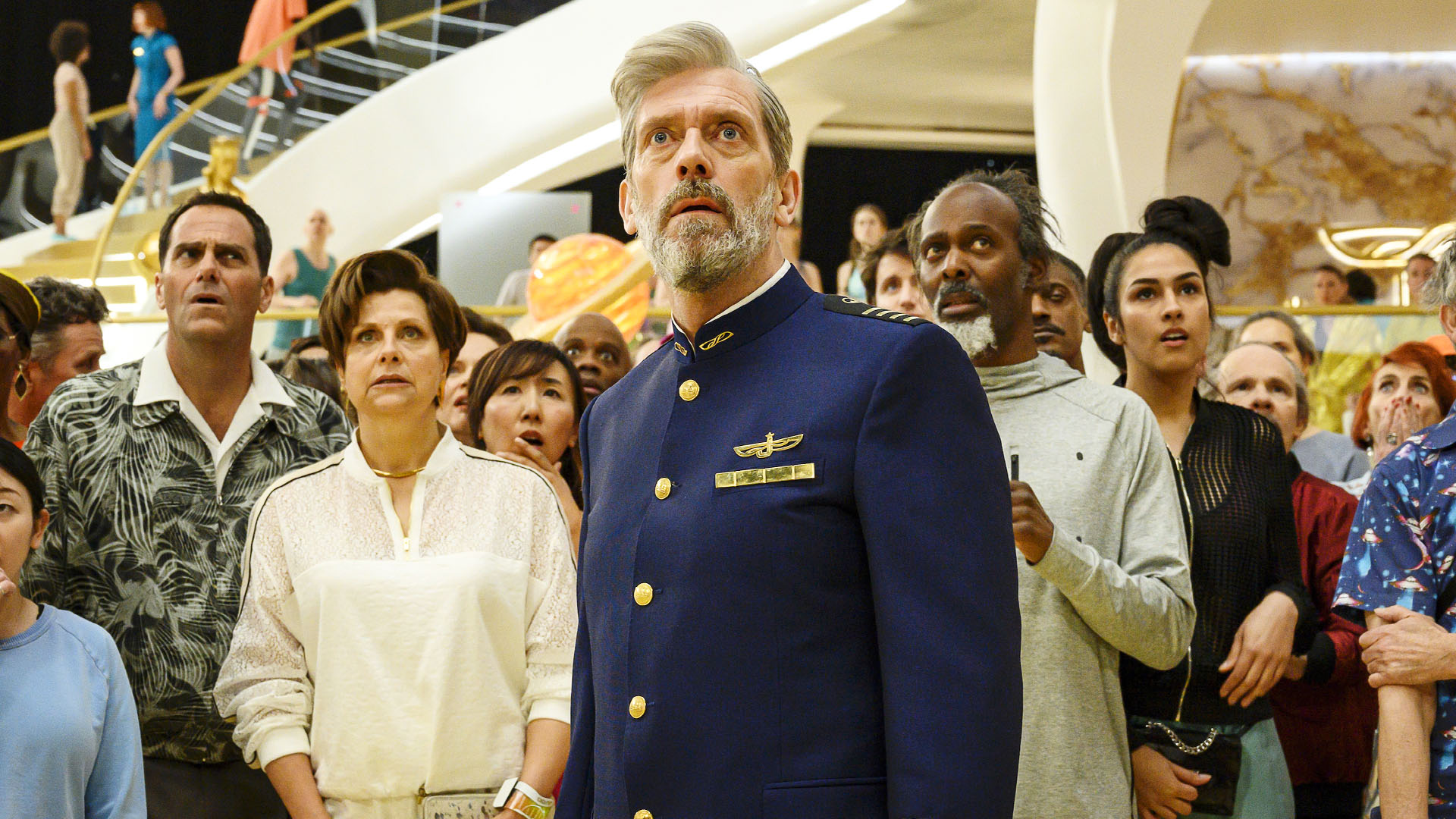 After just being commissioned a second series, Avenue 5, from ‘Veep’ and ‘In the Thick of It’ creator Armando Iannucci follows the misfortunes of guests aboard the luxury spaceliner Avenue 5.

Set 40 years in the future, orbital cruise vacations around the solar system are now the new industry, however a massive system malfunction sends this titicular vessel far off course. It is estimated that it will take about three years to return back to Earth, however with only enough supplies to sustain her many passengers for the intended eight week long cruise, the crew of the Avenue 5 must struggle to maintain order and return the craft safely.

The casting is somewhat impressive, with Hugh Laurie as Captain Ryan Clark, the incompetent captain of the Avenue 5 spaceship. As well as Dr Ken’s Suzy Nakamura playing the ship’s associate owner, with Frozen’s Josh Gad as the playboy billionaire owner Herman Judd. In addition to this there are also performances from Rebecca Front, Zach Woods, Nikki Amuka-Bird and Yesterday’s Himesh Patel.

Shot by cinematographer Eben Bolter, the series takes you on a ‘vacation you never knew you needed’ and not only includes some big VFX, but 68 different sets. British production designer Simon Bowles, who’s past movies include The Descent and Crooked House, spent 18 months in total designing the luxury spaceship cruiseliner.

The Film & TV team at UNIT created the challenging and creative VFX across 5 episodes including the trailer to the series using houdini, maya, nuke and our own inhouse developed data management pipeline.

The team built completely CG motorway environments including multiple vehicles and compositing live action passengers inside, to creating a fully houdini simulated laser lit cloud of poo floating in space that circled the spaceship and eventually went onto reveal the face of Pope John Paul II.

The team were able to deliver complex and unique VFX work in a short turn around to ensure the high standard of look effects in the series.