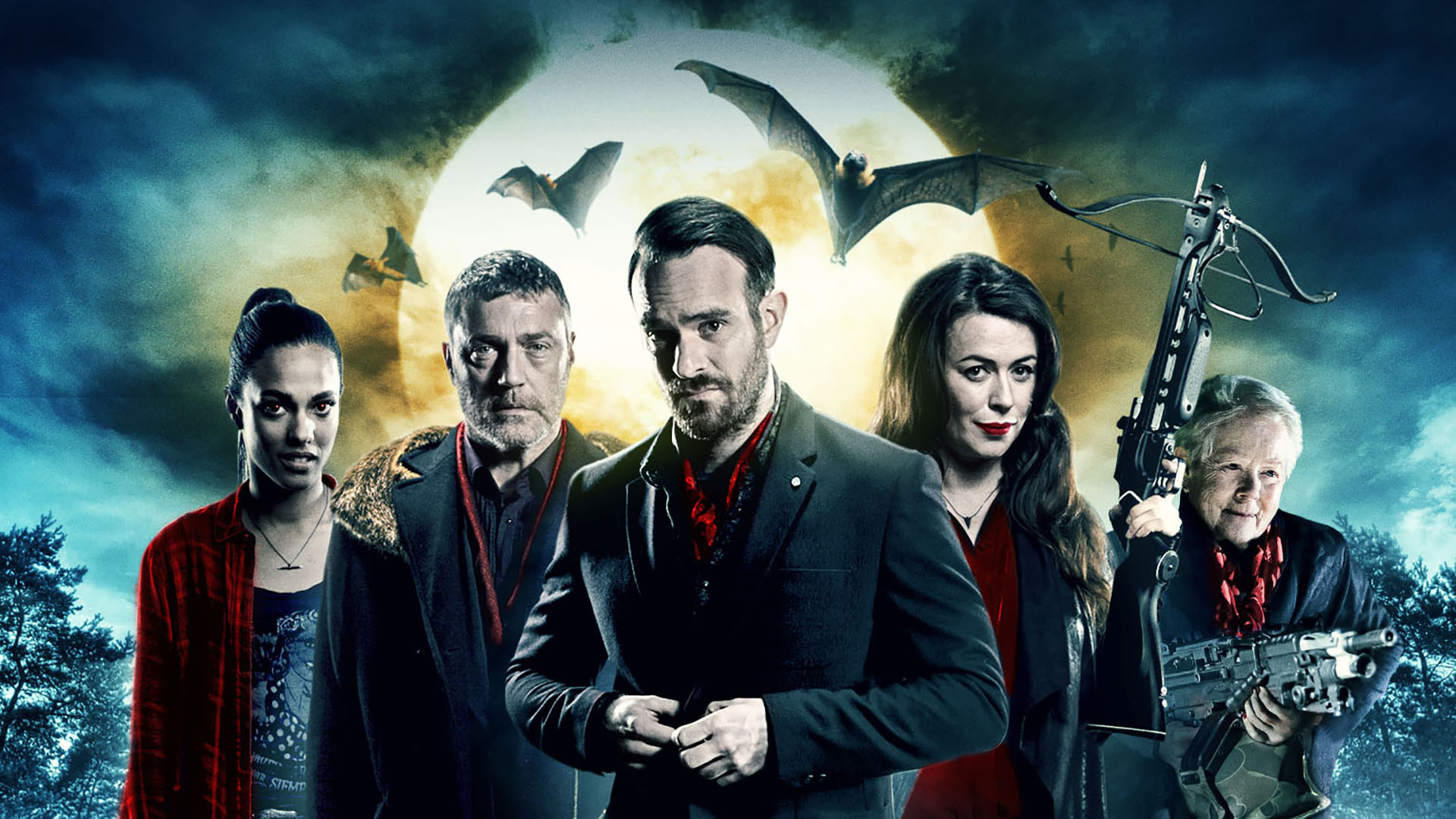 The film was theatrically released on Sept 1st 2017 after a launch at Fright Fest in London simultaneously with rental across all digital VOD platforms.

On Monday 30th October 2017 it will be released physically on DVD & blu-ray in all retailers and supermarkets as well as transactional digital across all platforms.

Eat Locals revolves around unwitting Essex boy Sebastian (newcomer Billy Cook), whose promise of a night of passion with a ravishing cougar quickly turns into a fight for survival after she decides to introduce him to some of her friends, a coven of hungry vampires, at a remote farmhouse. Added to the mix, a heavily armed band of mercenary vampire hunters crashing the party.

UNIT Studios, collaborated with director Jason Flemyng to create some of the visual effects on the vampire movie.

The practical effects, mainly prosthetics on actors faces were enhanced for some of the scenes. UNIT Studios VFX team generated skin, and deep vein systems that would glow when injected with a fluid. This system had to be built to physically and accurately to represent deep tissue glowing visibly through skin surface.

The team was led by VFX Supervisor, Nuno Pereira, who commented, “a second sequence involved burning a full human body whilst it was contorting and moving. We created a CG double and matched frame by frame the actor’s movements. This then went on to inform fire and smoke simulations that were composited onto the moving actor. A small detail that Jason (director) needed was for the piece to retain the film tone and still feel comedic. So we created a full skeleton that moved with a CG dummy but that would hang in place for a couple seconds after the body burnt out. After that we generated a secondary simulation of bones collapsing and shattering to end the sequence with the gag”.

“Vampires and machines, what’s not to love” finishes Nuno.

On working with UNIT, director Jason Flemyng commends the facility, “I was so impressed with the team, technical expertise, creative and dedication that UNIT bought to the film.  They went over and beyond what I had originally hoped or asked for.  They were a dream to work with”.